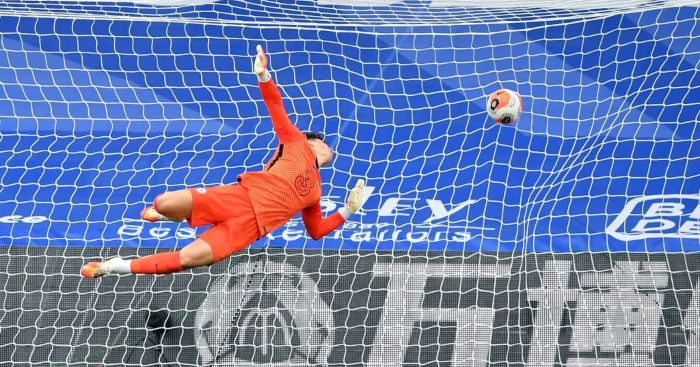 Goals from Olivier Giroud, Christian Pulisic and Tammy Abraham ensured the Blues took the points from an end-to-end London derby, but it could have been very different.

Kepa was forced into a wonderful fingertip save to deny Scott Dann before Christian Benteke was thwarted by Kurt Zouma’s last-ditch challenge in the 96th minute.

Despite his brilliant stop near the end, Chelsea keeper Kepa has come under fire from Wright for allowing Wilfried Zaha’s goal past him.

“Honestly for me for £71m worth of a goalkeeper he’s got to do better with that,” Wright told Premier League Productions.

“The power was brilliant but the way he’s gone with his arm he’s just missed the flight of the ball.

“It’s a powerful strike don’t get me wrong but from where it’s gone in the goal he’s got to do better, he’s got to at least get a hand to that.

“Watch where it is – he’s in the middle of the goal! I’d be gutted if my goalkeeper let that in.”