Ian Wright thinks Man Utd "made a big mistake" by failing to sign one player ahead of Liverpool. 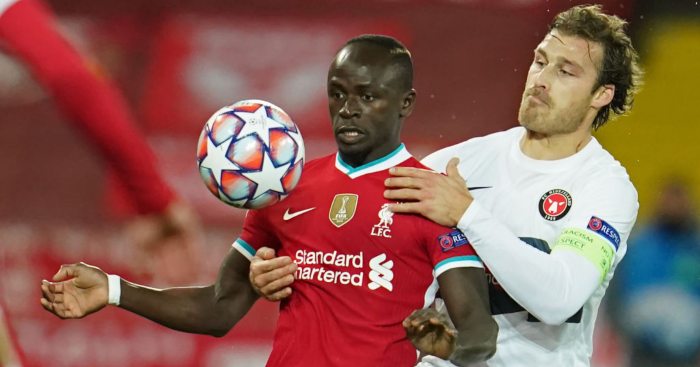 Mane managed 22 goals in all competitions last campaign, while he already has four goals and one assist in the Premier League this season.

The Senegal international has been a key part of Jurgen Klopp’s side that has won a Champions League and a Premier League over the past two campaigns.

Man Utd had interest in signing Mane from Southampton but ESPN reported in August that Mane refused to enter talks with the Red Devils as the forward had no desire to play for Louis van Gaal due to his restrictive tactics and reluctance to encourage flair players.

However, Wright reckons their inability to get a deal for Mane over the line will go down as a “big mistake” in their recruitment.

“Remember Man United were all over him, you know,’” Wright said on his new podcast Wrighty’s House.

“I think they spoke to him but he said no. Manchester United weren’t right for him. ‘Again, you feel like Man United made a big mistake by not making that signing. By not being in the position to make that signing.

“As a football team, they were nowhere near giving him the kind of philosphy, what they’re going to do to attract a player like Mane.

“He’s now easily one of the best in the world.”

Meanwhile, Stephen Warnock reckons that the Reds’ new recruit Diogo Jota could be the man to replace Mane whenever the forward decides to leave Anfield.

Warnock told Stadium Astro: “Sadio Mane’s 28 right now, so when he gets to 32 is there someone who would come in with a ridiculous offer you can’t refuse?

“I don’t think that would happen with Mane. He’s loved his time at Liverpool.

“If you want to be the best and challenge for titles, you have to have the squad depth – that’s what [Diogo] Jota brings to this front line.

“It allows Klopp to rest at least one or two of the players with quality to replace them.”

Warnock added: “When you’ve got the calibre of Roberto Firmino, [Mohamed] Salah and Mane, you’re learning form them day in, day out in training.

“There’s not many players at Liverpool who haven’t improved.

“I do expect him to fully improve. I think he will be the person to take over from Sadio Mane in may be four years time.

“He knew he was coming to Liverpool as back-up and he would have to force his way in.

“He’s more than happy to do that and he’s got plenty of time on his side. He looks like a valuable player to Liverpool already.”