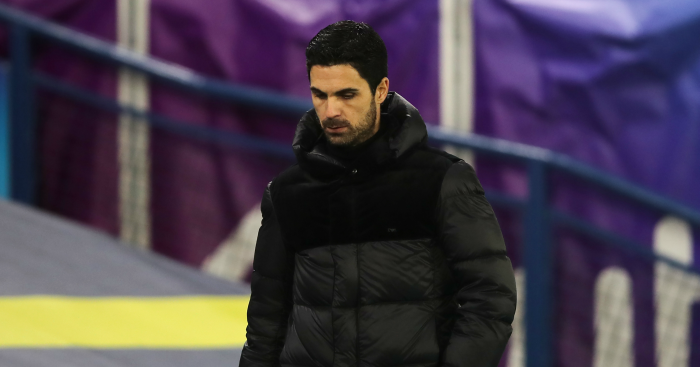 Ian Wright has spoken out against the ‘toxic’ and ‘horrible’ criticism that Arsenal fans throw at their club on Twitter, urging its supporters to keep faith in Mikel Arteta’s project.

Arteta has had a mixed start to life as Arsenal manager, since he took over from Unai Emery last December. The Spaniard led his side to victory in last season’s FA Cup, but many Arsenal fans are still unconvinced after last season’s exploits left them finishing outside the Premier League top six for the first time since 1995.

The start to the new campaign has been slow, too. The Gunners sit 12th in the table having won just one of their last five games in the Prem.

Arsenal fans seem disenchanted with their club’s attack, and following a 0-0 draw away to Leeds United last Sunday, Arteta’s side are without a goal in their last seven hours of PL football.

This has prompted, amongst some sections of Arsenal fans, a backlash on Twitter. But, Arsenal legend Ian Wright has urged them to have more patience and show faith in the manager and his system.

‘The Arsenal fanbase at the moment need to just be a little bit more patient and remember what he is trying to turn around,” the Gunners legend said on his Wrighty’s House podcast.

“Something’s happening defensively and yes, Leeds could’ve beat us, but they didn’t.

“That’s a game we could’ve crumbled in a few years ago easily,” argued Wright, referencing the size of the rebuild on Arteta’s hands.

“He’s working on defence, trying to get something going in the midfield to then help the forwards, it’s not going to happen overnight.

“We can’t be this feast and famine club, with our fanbase being so toxic some of the times. It’s horrible, it’s uncomfortable to listen to some of the stuff.”