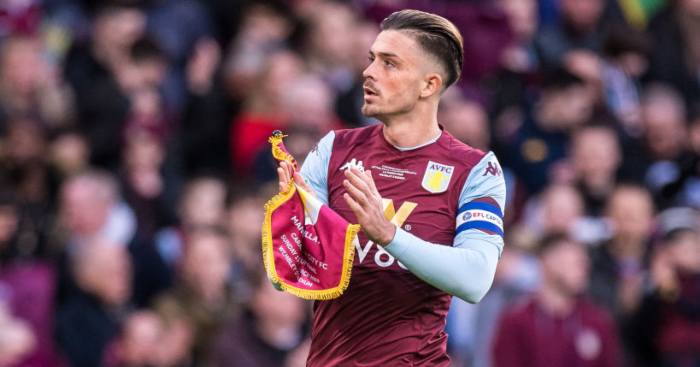 Ian Wright says he has been in touch with Jack Grealish to let him know he’s “very angry” about the Aston Villa captain breaking lockdown rules.

West Midlands Police said they were called just before 10am on Sunday to the Dickens Heath area of Solihull to reports that a Range Rover had crashed into two parked cars in the street, causing them minor damage.

OPINION: Jack Grealish and football need better from each other

The force said the driver had left his details with a member of the public before leaving on foot and would be spoken to by police in due course.

Images surfaced online on Sunday of a damaged white Range Rover, as well as a picture that appeared to show the Villa midfielder in slippers and a bright blue hoodie.

Less than 24 hours before the incident, the 24-year-old Grealish had launched a video appeal for people to stay at home during the Government-enforced lockdown.

“I am gutted because people could have been hurt, that is the thing,” Wright told BBC Radio 5 Live.

“People do not realise, not just with what is going on, but people could have been hurt and I hope that he is sitting somewhere now realising the enormity of the mistake he has made – that is all I am hoping.

“I have messaged him so he knows how I feel. I am very, very angry about it. He came up from the Championship with the weight of Aston Villa and all their expectations on him, and let’s face it, with the way that he has played this season, he has answered everything to carry that club.

“It doesn’t matter if you are 24, you have to act accordingly and I hope that this isn’t something that is going to cause him a lot of problems. I really do hope that.”