Home All The News Wright: Why Leicester match could be ‘painful’ for Liverpool 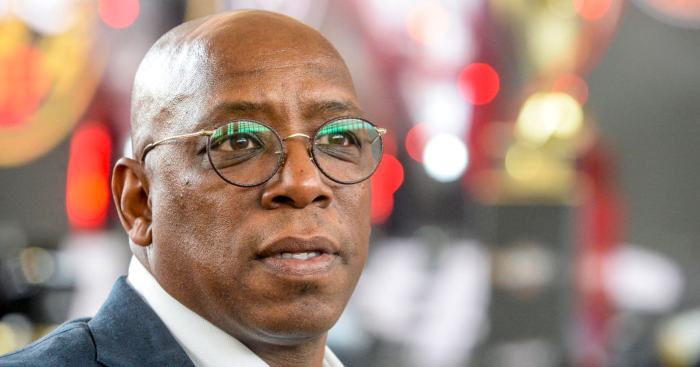 Arsenal legend Ian Wright thinks the match against Leicester City could be “painful” for Liverpool on Sunday.

The Reds have lost the likes of Joe Gomez, Virgil van Dijk, Fabinho and Trent Alexander-Arnold to injury recently, while possible centre-back replacements Rhys Williams and Jordan Henderson are doubts for the fixture.

Mo Salah is now likely to miss the match against Leicester City too, having tested positive for coronavirus for a second time while on international duty with Egypt.

And Wright is predicting a difficult night for Liverpool at Anfield on Sunday.

“This is a real test for Liverpool simply because of who is missing. They haven’t got any of their back-four playing,” Wright told Ringer FC’s ‘Wrighty’s House’ podcast.

“But what I love about Liverpool is they’re not looking to buy anybody in January and the way they don’t panic. We know Mohamed Salah isn’t playing but they’ve got Diogo Jota there who can play in any of those three places up front.

“If they can beat this Leicester team – which I think is going to be very tough simply because of what Leicester do, who they have, Vardy scoring against the top teams, [James] Maddison didn’t get picked for England, [Youri] Tielemans… – the Liverpool midfield are going to have to be right on it.

“If Liverpool don’t close down that midfield and Vardy’s able to penetrate a high line that doesn’t have the main guys in it, we’re talking about something that could be quite painful.

“If Liverpool can get through this test with that back-four, and then maybe Jota coming up with the goods, you have to say that they are elite, mentally and physically.”

A victory for the Reds against Brendan Rodgers’ men would set them up as a “team for the ages”, according to Wright.

Wright added: “If Liverpool can win this game, with the injuries they’ve got, then you have to say: ‘Listen, we’re talking about a team for the ages now.’

“Because that means we’re talking about players like Williams, like Nat Phillips, Milner – how long can this guy go on, plugging gaps and doing great work?

“Players like that doing stuff, then Jota coming in. Can they keep it together against this Leicester team?

“Nobody can tell me that Brendan Rodgers does not think he’s got a chance of winning the league this year, with the team he’s got and the calibre of coach that he is. It’s a massive one, just like Tottenham and Manchester City (also this weekend).”