Home Liverpool News Ibe: Klopp makes us think this year may be our year 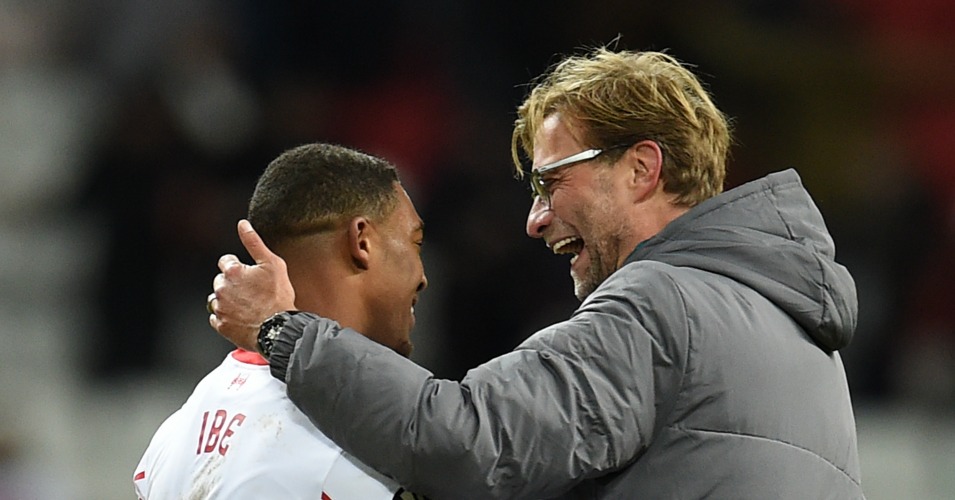 Jordon Ibe says Jurgen Klopp has given Liverpool a renewed confidence, and the players even believe they could win the Premier League this season.

Klopp has overseen a positive run of results since taking over Brendan Rodgers at Anfield in October, with seven wins and just one defeat coming during the German’s tenure.

Ibe has played a key role with Liverpool suffering from injuries, and the Reds head into Sunday’s clash with Newcastle on the back of four consecutive victories in all competitions.

“He gives us a lot of confidence,” Ibe told Sky Sports.

“He just likes us getting on with it and he’ll tell us how it is. He can get very angry if he wanted to but he’s been very calm and just gives us the freedom to play that football we should be playing.

“It starts off with the relationship with his players. With each and every one of the players, the manager is giving everyone the confidence to think that anything can happen, even winning the Premier League or winning other cups.

“[Before] we’ve just been coming out and maybe not being fired up enough. We have to make sure this happens against Newcastle.”