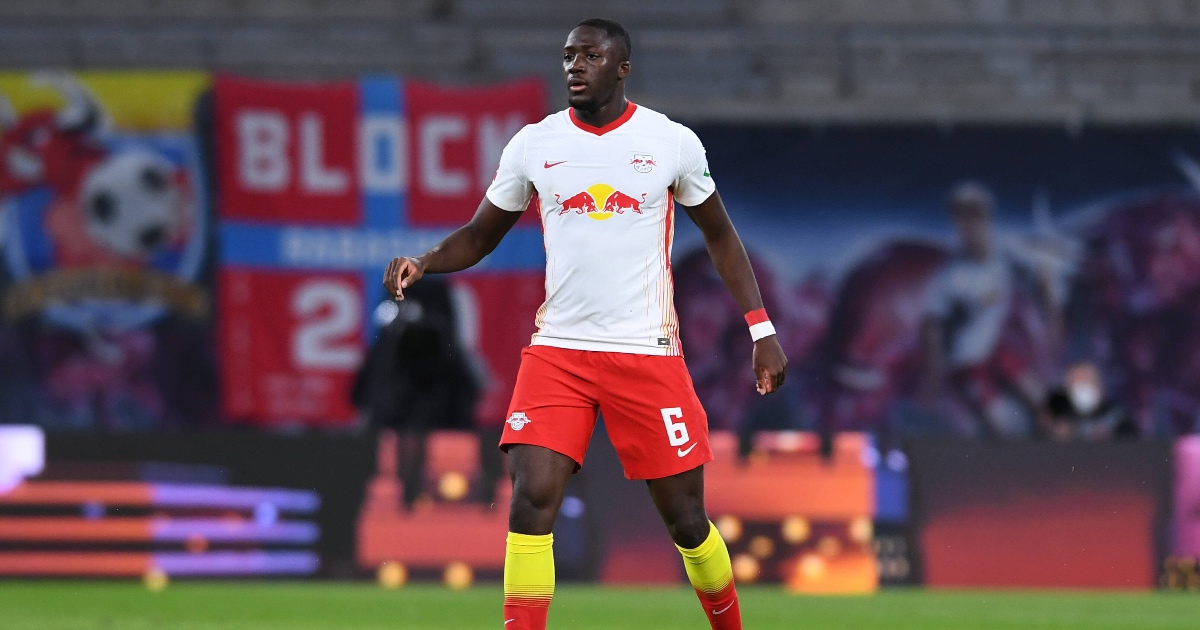 Ibrahima Konate has agreed a five-year contract with Liverpool ahead of his €35million move, according to sources.

The Reds have wanted Konate for months to solve their defensive problems.

Virgil van Dijk, Joe Gomez and Joel Matip have all spent time on the sidelines this season.

OPINION: Should Man Utd rival Bayern and Spurs for Nagelsmann?

Liverpool were originally in the race for Dayot Upamecano, alongside Manchester United. They were beaten to the signing by Bayern Munich and have since pursued his RB Leipzig team-mate Konate.

According to Fabrizio Romano, Konate’s move to Liverpool is set to be completed in the coming days.

The parties have agreed personal terms, with the centre-back signing a five-year contract at Anfield.

The news means he will become their first signing of the summer.

Konate is expected to compete with Gomez and Matip for a place in the starting lineup.

If he impresses manager Jurgen Klopp, then he will start alongside van Dijk on the Dutchman’s return from injury.

The Reds signed Turkish defender Ozan Kabak on loan from Schalke in January.

He’s made eight Premier League appearances since then and they have the option of signing him permanently for £18million.

However, the acquisition of Konate means Kabak’s spell at Anfield could be a short one.

The Frenchman is one of the most exciting defensive prospects in Europe.

He’s formed a solid partnership with Upamecano at the back, helping Leipzig to reach third in the Bundesliga last campaign.

The 21-year-old moved to Germany in 2017 on a free transfer from FC Sochaux. He followed the Leipzig trend by breaking into the first-team and catching the eye of Europe’s biggest clubs.

Like Upamecano, Konate has been scouted by United and Bayern officials.

It looks like he’s impressed Liverpool scouts and has convinced them into spending big.

Konate is unlikely to be the only Liverpool signing in the upcoming transfer window.

The Reds have been linked with Leeds winger Raphinha, who looks like a perfect fit at Anfield.

Another target is Ajax midfielder Ryan Gravenberch. His ability and potential makes him a perfect long-term replacement for Gini Wijnaldum.