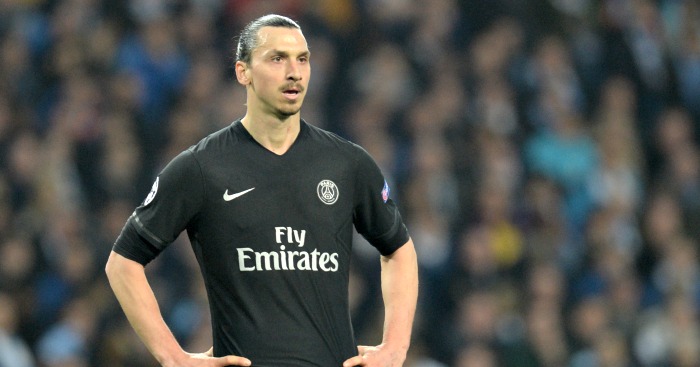 City take their place in their first ever Champions League semi-final after Kevin de Bruyne scored the only goal at the Etihad Stadium, sealing a 3-2 victory on aggregate over the Ligue Un champions.

It was an uncharacteristically composed and professional performance from City, yet Ibrahimovic has blamed PSG’s defeat on their new tactics, not their opponent’s efficiency.

Ibrahimovic himself registered only two shots throughout the second leg, and had the fewest touches of any outfield starter, as well as the lowest pass completion percentage.

“In the first half we played with a new system and what happened, happened,” the 34-year-old said. “If it had gone well, nobody would say anything, and now people will say we gave it away.

“The second half was better, when we reverted to our normal tactics, but we gave away two games.

“I think we are a better team, but we lost tonight and we drew 2-2 at home, so all the best to Manchester City.”

“We weren’t clinical both this evening and in Paris,” he said. “We scored two goals in Paris, we had the chances to score more, we should have done and didn’t.

“That has an impact on the return game. City has an advantage. We lost a couple of players to suspension as well. We weren’t efficient enough in either game.

“I think City were a lot more clinical and efficient and that is why they earned the qualification. They were a good team, not particularly spectacular, but they got the job done. They were good in defence, very compact, even though that wasn’t the case in the first leg.”

“When you don’t go through to the next round you regret absolutely everything,” he added. “Of course when you win no one asks any questions.

“We had certain tactics and strategies in mind but we couldn’t always implement them as efficiently as we wanted over the two games. We have shown our limitations over the two games, both tactically and technically.

“What we did over the course of the tie wasn’t enough and we very much regret that.

“We thought we were going to cause them more problems tonight but they were good in defence and very compact. Over the course of the two games, we understand that City probably deserved to qualify.”