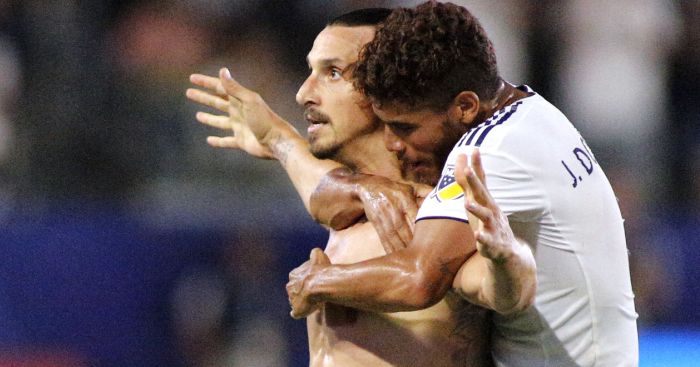 Zlatan Ibrahimovic has said that a Manchester United return in January would be difficult, after admitting he needs to find a “good balance between work and rest”.

Jose Mourinho’s men have struggled this season, heaping huge amounts of pressure on the future of the Red Devils boss, with former Real Madrid head coach Zinedine Zidane reportedly lined up as a potential replacement.

United have a tough run of fixtures coming up, which could decide the fate of the three-time Premier League winner, with four of their next six games coming against Chelsea and Juventus twice before the Manchester derby on November 11.

Should he survive in the job – and some reports have suggested he could be sacked after Saturday’s match against the Blues – Mourinho has been tipped to bring Swedish veteran Ibrahimovic back to the club on a temporary basis, having left the club to move to LA Galaxy earlier this year.

But responding to the reports, Ibrahimovic told Sky Sports: “I think I’m in a situation where I need to have a good balance between work and rest, because I came back from injury and because of my age and the load I’m putting in during training.”

Ibra would not only be seen as added firepower upfront, but his respected and experienced presence is something the club lacks. The former Barcelona forward proved his importance in his first spell at the club, guiding the club to a League Cup, Europa League and Community Shield treble in a time of serious uncertainty.

Any move for the veteran is set to be matched by AC Milan however, with reports saying that Paolo Maldini, the club’s sporting strategy and development director, remains a keen admirer of the attacker.