Home Manchester United ‘Ibrahimovic still up there with Neymar and Suarez’ 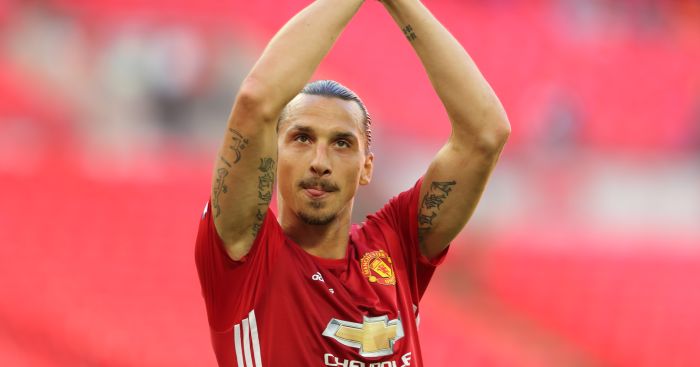 Manchester City have been warned that they will be facing a striker every bit as good as Neymar and Luis Suarez in Zlatan Ibrahimovic at the weekend by the striker’s former teammate Gianluca Zambrotta.

The former Sweden international, who will be 35 next month, has made a good start to his Manchester United career with three goals in as many Premier League matches since arriving on a free transfer from Paris St Germain in the summer.

He will take part in his biggest game yet for the Reds at lunchtime on Saturday when Jose Mourinho’s side host Pep Guardiola’s City in the derby.

Both sides have a 100 per cent record so far this season and something has to give at Old Trafford, where City will be without their own star striker Sergio Aguero through suspension.

It is a chance for Ibrahimovic to take centre stage once more and one of his former team-mates has backed the big Swede to ultimately make the difference for United.

“Wherever Zlatan plays he does very well.

“He is a winner everywhere he goes.

“He compares with the best players at the moment like Suarez and Neymar.”

Zambrotta, who now coaches Indian club Delhi Dynamos, added: “I played with him twice and he’s a good professional and has good motivation. I have always liked him.”

Ibrahimovic has won league titles with Ajax, Juventus, Inter Milan, Barcelona, AC Milan and PSG and would become the first player ever to win the championship in five different countries should United regain the Premier League trophy this season.