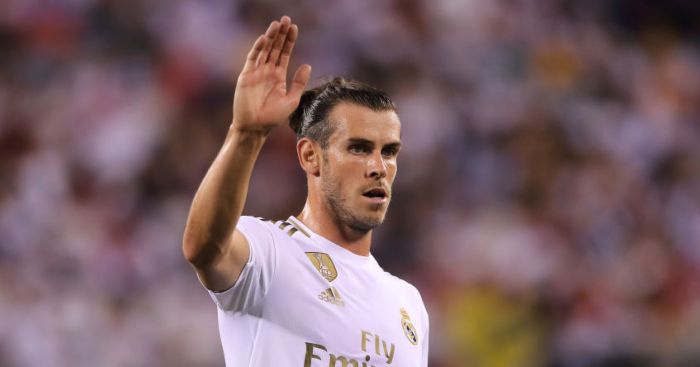 Even though Premier League football has become a riot of entertainment, replete with goals in almost every game, transfers still attract more interest, more website traffic, more discussion, more debate and more fervour than the actual playing of the sport itself.

So it was that a couple of weeks ago the big story in football was the prospect of Lionel Messi joining Manchester City; the wee man would bring his legendary playing and tax evasion skills to the loving arms of the Premier League.

The reaction to this shone a light on a profound cultural divide in the football firmament. One was “bloody hell I can‘t believe it! Messi! Here! Wow!”. The other was “yeah, whatever”.

While allowing for the ever-present too-cool-for school brigade who don’t want to be impressed by anything – especially anything that other people are impressed by – nonetheless there was a large gap between the saucer-eyes and the shrugging at the news Messi might be heading to these shores.

This was well-illustrated on talkSPORT’s Press Box with Danny Kelly, Simon Jordan and Shaun Custis. The latter was wetting himself at the prospect of the Argie shuffler playing on English soil, the other two not so much.

One side of the debate was having a general aversion to slobbering over the Big Brands, seeing football as a team game and not caring much about whether a great player plays in England or not. After all, you can watch pretty much any player playing pretty much anywhere on TV. For example, many of us are happy seeing Jadon Sancho playing on deutscher boden and will be no more or less entertained (probably less, if truth be told) if he treads on Manchester turf instead.

On the other side, Custis was astonished at their indifference. This was Messi! In the Premier League! For God’s sake, how could you not want to watch the greatest player ever plying his trade at Turf Moor or Craven Cottage?

Surely, everyone would want to see him playing against the likes of Rotherham or Port Vale in the League Cup or even against Manchester United? He was stunned at their relative indifference.

Messi is a Big Brand. And some just love Big Brands per se. Big Brands are more exciting and special. The idea that anyone might not care so much about a Big Brand seems impossible to those who fall at their feet.

Some managers are in thrall to this mindset too, thinking that a Big Name will solve problems that really need a collective solution, hoping it will placate the noisiest fans, largely because it does, at least for a short time. But ultimately, it just makes those people hungry for more, and more is never enough.

The same cultural divide is likely to be replayed over the return of golf’s Gareth Bale. Forever frozen in the public imagination as a mere blur running past Maicon, some are thrilled at the prospect of seeing ol’ top knot himself and it isn’t hard to see why. There used to be no more thrilling sight than Bale in full flight, fleet of foot and broad of concrete chest. It could be a great encore at Spurs. Or not. The future is uncertain, the end always near.

But others are less weak of knee about it. They would rather enjoy the over-performing, under-the-radar transfers that attract less headlines but are more effective. Big Brands feel more like block capitals shouting in a world which needs more lower-case thought.

This isn’t curmudgeonly cynicism, rather it is just a different way of seeing the world, one that is more grounded, rather than seeking big thrills from big buys. It is a different philosophical outlook, one much less obsessed with purchases.

But we know that transfer news is now more popular than actual football and that in turn means the prospect of acquisition is more interesting than the acquisition itself. It’s a weird development, but every football website’s most popular page is transfer gossip, and look at the timeline underneath any club’s announcements that are not about a transfer (and even those which are) and all you’ll see is a litany of demands for more purchases, or questions as to why there are not any so far. No-one is demanding the reserves be coached better so they can get into the first team. No-one is asking for the existing squad to be organised differently and to play more effectively as a unit. No. The only cure for lack of success is buying players. The ‘bigger’ the player, the better. That is the Big Brand outlook.

This isn’t surprising when shopping is relentlessly sold to us as the road to nirvana. It is inevitable that football reflects that. So buying a Big Brand like Bale means you’re on the up and ambitious. Look at you Spurs, with your fancy new turbo footballer parked on the driveway.

Of course, reality only rarely lives up to our imaginings and fantasies. The fast, expensive and glamorous new car you hoped would make you seem more sexy and your life more successful, gets stuck in traffic jams just like everyone else’s. And it did not turn you into a sex God because everyone knows you are still just you – in a new car.

Quickly, the allure of the new purchase evaporates to be replaced by craving a new Big Brand purchase which can once again offer the illusory transformative promise.

The speculation about their arrival and their purchase is the peak of the mountain. As soon as they arrive, due to being set on a pedestal, it is likely all downhill with occasional upward blips. Not that they always turn out to be expensive inanimate wheelbarrows of flesh, like Joelinton or Alexis Sanchez – far from it – but imagination is more powerful than reality in delivering the goods.

And reality soon bites. Bale is apparently out injured for at least a month, by which time the anticipation of his transformative powers will either be so huge you’ll be able to see them from space, or the thrill of his signing will have already evaporated, replaced by demands for someone else.

Indeed, one of the defining characteristics of the Big Brand mentality is how little it seems to satisfy in anything other than the short term. Perhaps that is inevitable if you love the thought, talk and potential of transfer targets more than the actual transfers themselves.