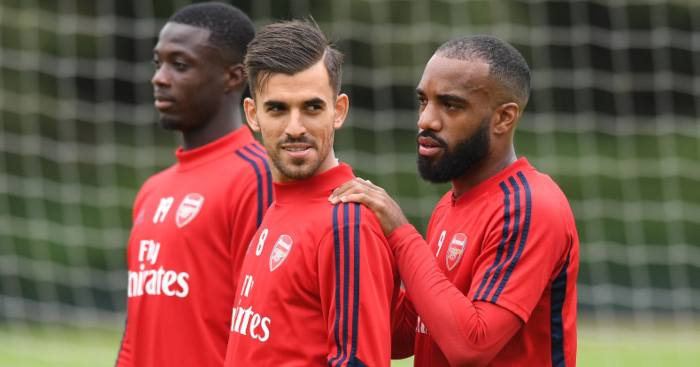 Arsenal will lose to Liverpool on Saturday if Unai Emery doesn’t start Alexandre Lacazette or Dani Ceballos, according to Charlie Nicholas.

The only two sides with two wins from two meet at Anfield in the evening kick-off on Saturday and Emery has hinted that he is ready to hand club-record signing Nicolas Pepe his first Arsenal start.

But Nicholas, who played over 150 matches for the Gunners, is more concerned about how they will defend against Liverpool.

“It’s been a good start for Arsenal. They haven’t played fabulously well but they got a dogged win at Newcastle and then beat Burnley, which was a bit of a grind. But how are they going to defend against Liverpool?

“Arsenal have improved a bit defensively but it will take time. David Luiz could make mistakes or he could have a man-of-the-match performance. Sokratis doesn’t offer enough for me and they are still vulnerable in the full-back areas.

“Liverpool are strong favourites for me, but there is some intrigue in seeing Arsenal try and take on Liverpool’s defence at the moment, especially with Adrian in goal instead of Alisson.

“I think Arsenal should play a back four with two protectors in front. I don’t want Granit Xhaka in the team, I would prefer Lucas Torreira and Matteo Guendouzi. They would give Arsenal energy and defensive qualities. Then I would want Alexandre Lacazette through the middle and Pierre-Emerick Aubameyang and Nicolas Pepe to provide pace on the counter and make things happen, with Dani Ceballos just behind them.

“I’d have that line-up to give Arsenal a back six and then a front four that could cause Liverpool problems on the counter-attack.

“I think Unai Emery will go a bit more cautious and play Aubameyang with Lacazette on the bench, maybe along with Ceballos. If he does that then Liverpool will win.

“Arsenal have to look at a way to get the first goal and try to hurt Liverpool and put them on the back foot. However, I have a feeling Emery might be a bit more negative.

“Ceballos is very neat and tidy. Against Burnley, he looked a yard sharper than he did on the opening weekend and that’s a promising sign. He looks like a good player for Arsenal and I would start him.”