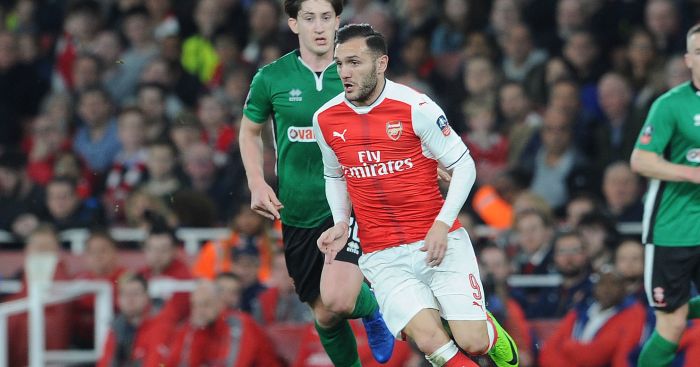 Arsene Wenger admits that he feels “a bit sorry” for Lucas Perez following his tricky start to life in the Premier League with Arsenal.

The Spanish striker signed for the Gunners last summer in a deal worth a reported £17.1 million from Deportivo la Coruna but he has only started two league fixtures all season.

Despite that, Wenger would like to keep him at the club if he can guarantee him the minutes on the pitch that will keep Perez happy.

“He is again fit. He was back in training yesterday,” said Wenger.

“He’s a top quality striker but I couldn’t give him the games he wants and deserves, I confess that. I feel a bit sorry for him.”

When asked if Perez will return to Spain, Wenger replied: “If I am the manager I would love to keep him but we have to sit down and see if he has a realistic chance to play.”

The Gunners have won four of their last five matches in all competitions including a 2-0 victory over Manchester United on Sunday.

“We had a bad spell but we have recovered from it,” Wenger added. “We need to show we can be consistent until the end of the season.

“It gives us confidence to create that momentum but if you look at the schedule we play Wednesday, Sunday, Tuesday. We have to use the squad in a very efficient way. Everybody in the squad needs to contribute at the right moment.”