Home F365 Says If not now, then when will football combat racism? 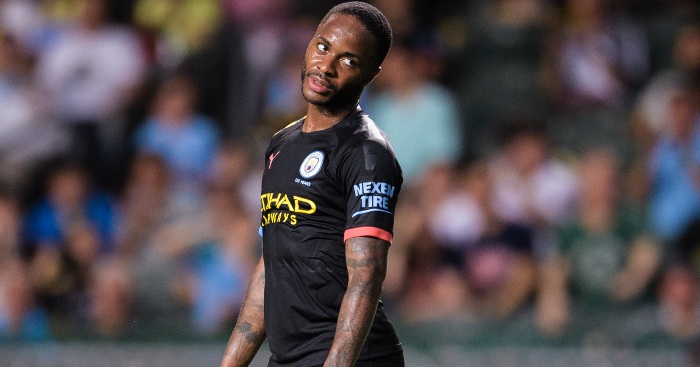 No, the most damning statement is that this is the seventh consecutive year that reported incidents of discrimination within the English game have increased. Add in the suspicion that most discriminatory incidents in grassroots football are not fully reported and so not resolved, and there is only one conclusion: English football is losing its battle against racism. The disease is spreading, not being contained.

The official response to Kick It Out’s latest annual report is predictable. The Football Association talked up the measures it is taking and initiatives it is founding and insisted that it is committed to eradicating discrimination within the professional and grassroots game. Of course discrimination is condemned. That should go without saying.

But what if that isn’t working? What if what they’re doing isn’t enough? For all the appropriate derision for UEFA’s sanctions following incidents of supporter racism, UEFA does have a minimum ten-game ban for on-pitch racism; the FA’s still stands at six. The FA has just announced a 12-person Women’s Super League board to oversee the future of the women’s game in this country; it contains nobody from a BAME background. There are just two issues, one covering overt racism and one structural racism.

Football is a reflection of society. It is not necessarily true that more people than before are overtly racist or xenophobic, but more people certainly feel empowered to display their overt racism or xenophobia. Both reflect poorly upon our cultural mood. The country is angry, whipped up by rhetoric and the wilful misallocation of blame onto vulnerable targets.

The same is true of football. Football does not make people racist, but in allowing the creation of an environment in which those who wish to discriminate are empowered, it must share the guilt. Where football’s tribalism merges with a creeping normalisation of discrimination in our culture and the misguided principle that players are highly paid and therefore fair game, a petri dish for unacceptable behaviour is formed..

And so Raheem Sterling is attacked physically in one incident and racially abused in another. And Pierre-Emerick Aubameyang has a banana skin thrown at him. And Chelsea supporters are filmed calling Mohamed Salah a ‘bomber’. And Huddersfield’s Phillip Billing reveals the racist abuse he receives on social media. And many other things happen on and beside pitches up and down the country, in front of thousands or one man and his dog, that make you angry and sad and fearful. Each incident provokes sympathy but also defensiveness.

Just because football reflects society does not mean it must acquiesce to its ills. English football – its governing bodies, clubs, players, managers and supporters – could choose to lead the way. Rather than championing what it does do to counteract discrimination in a wave of self-congratulation, it could choose to admit its faults and vow to do more until nothing more can be done.

Sterling’s accusation of racism against elements of the media and the aftermath of his physical attack are apposite examples. His eloquence and courage were truly inspiring, but where were the fellow professionals prepared to speak up and back him? Where were the white players acknowledging the inherent privilege they enjoy by not being subjected to such incidents? If doing so made them uncomfortable, good – it should. The reality is that accusations of discrimination typically prompt a stronger reaction amongst white people than racism itself.

But the Football Association and Premier League must also ask itself whether it is doing all it can. Everyone talks a good game, ticks boxes, creates social media campaigns and adverts and is able to provide figures on funding that help to maintain the veil of innocence. But do the game’s participants feel that they have the backing of power if they make a complaint? Or do they feel that football, like society, is congratulating itself for trying but failing to scold itself for failing?

The Football Association calculates that 8.2 million adults in the UK play football at some level – one in five in every village and town across the land. Over 20 million people watched the World Cup semi-final involving England last summer. It is not enough to shrug shoulders as if to say “well that’s just life”; English football should not underestimate its cultural sway.

The time must be now to make change and to own the argument. Tougher sanctions, greater efficiencies in the reporting processes, a preparedness for direct action and a lack of defensiveness to awkward questions. If a young England international being physically attacked and racially abused won’t provoke sufficient direct action, what will?

Otherwise, in a year’s time Kick It Out will be reporting an eighth consecutive year of increased discrimination, we will be having a slightly more depressing version of this same conversation and BAME stakeholders will continue to feel let down by those who assert to protect them. The longer discrimination continues without being addressed, the more established it becomes. The more established it becomes, the harder and longer the restorative process.