Home F365 Features If Watford get this wrong, they have no safety net… 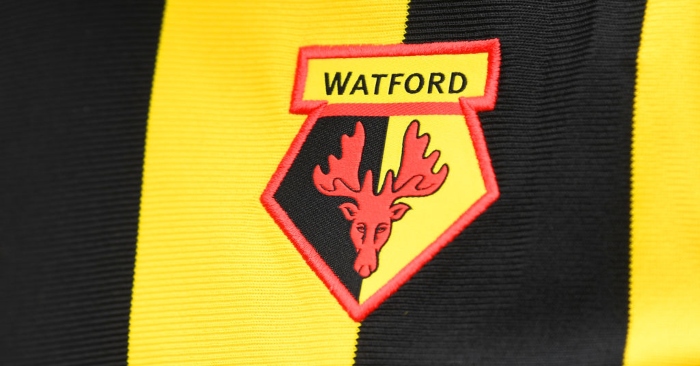 A year ago, Watford had played four Premier League matches and were top of the table having won every game. Fanciful columnists wondered whether Javi Gracia and his team could challenge for a place in the top four or the top six. Troy Deeney was touted for a place in Gareth Southgate’s England squad. Roberto Pereyra had been nominated for August’s Player of the Month award; Gracia won the manager gong.

Now Watford’s only mission is Premier League survival. In 12 months they have plummeted from the Premier League’s peak to its trough. Deeney is injured for the next two months. Pereyra is not a guaranteed starter. Gracia has lost his job. The power of dreams is strong, but it quickly gives way to the power of grim reality.

If it sounds a little pessimistic to speak only of relegation survival when we are four games into the season, it should not. Team have fallen this way before. West Brom dropped from tenth place to relegation in 2017/18 and waited until 12 games into the season to make their managerial change. Last season, Fulham waited exactly the same number and had already been cut adrift on five points.

Watford have typically been perennial quick starters, allowing an initial accrual of points to cover for limp finishes. In their four full seasons since promotion, Watford have averaged 15.5 points in their first ten league games and 8.8 points in their last ten. That makes their sluggish start all the more concerning.

Gracia certainly cannot plead that this a knee-jerk decision. Watford’s run to the FA Cup final last season overshadowed a dismal run of Premier League form that has simply continued in 2019/20. Since beating Huddersfield Town 3-0 on October 27, 2018, Watford have taken 32 points from 32 league games. Their defensive record has fallen off a cliff over the same period: as many clean sheets in the FA Cup as the Premier League in the last ten months.

If sacking Gracia was not unexpected to most with a Watford disposition, re-appointing Quique Sanchez Flores 31 minutes later was. Flores’ initial departure was more down to the manager’s salary demands than any grievances with his performance (13th in the Premier League, FA Cup semi-final), but his career has floundered since. Flores was sacked by Espanyol in April 2018 and only lasted seven months at Shanghai Shenhua.

There is some obvious logic behind the call. Too often relegated clubs lurch between managerial ideals. New appointments understandably take weeks or months to become fully settled and integrated, but the margins of a survival bunfight only put the club at a greater disadvantage. Conversely, Flores can reasonably expect to hit the ground running given the familiarity of his new-old surroundings. A large proportion of the first-team squad – Deeney, Sebastian Prodl, Craig Cathcart, Adrian Mariappa, Jose Holebas, Etienne Capoue – remembers Flores. Not all like him, but they will all remember him.

Flores’ strength also lies in organising a defence, Watford’s obvious weakness. Only one team outside the top six conceded fewer goals in 2015/16, and that was Tony Pulis’ West Brom side that scored just 34 league goals. Flores’ Watford conceded fewer than Everton and Chelsea and the same number as Liverpool during his only Premier League campaign. That bodes well.

But then this is not the same Watford that Flores remembers. In 2015 he was appointed by a club that had just scored 91 goals in a promotion season and had Deeney and Odion Ighalo in wonderful form. For all Watford’s defensive woes, they have scored more than once in four of their last 20 league games, and three of those opponents (Fulham, Huddersfield and Cardiff) are now in the Championship.

If Gracia is not blameless in his own decline, he can feel a little let down by his former employers. Watford have carved out a reputation as one of the best-run clubs in Europe with an extensive scouting and recruitment system, but they were crying out for defensive reinforcements this summer and only signed a 29-year-old Championship defender. Holebas is now 35, and surely can no longer be picked as a regulation full-back given his attacking instincts. This will not be easy.

Watford supporters are used to hearing criticism of their club’s short-termist managerial policy. Between June 2011 and September 2019 they have changed manager 12 times. It wasn’t always their fault – Marco Silva engineered his own departure, Oscar Garcia stepped down through ill health – but Watford should feel no shame for their strategy. They have made it work for them.

But for the first time, Watford’s methods will come under serious scrutiny. There is a strong whiff of Southampton here, another non-elite Premier League club who were showered with praise for as long as their masterplan worked but then risked undoing it all with a period of imperfect recruitment decisions. Financial strength brings with it insurance against repeated error, the opportunity to buy your way out of mistakes. Southampton and Watford don’t have that luxury.

The sheer rarity of re-appointing a manager invites criticism if the gamble backfires. But Watford will suffer far worse than sharp words if Flores cannot pick up roughly where he left off after a gap of over three years. There is no safety net for clubs of Watford’s ilk. Get this wrong, and they will fall. One swallow doesn’t make a summer; one or two missteps make for a long, hard Watford winter.