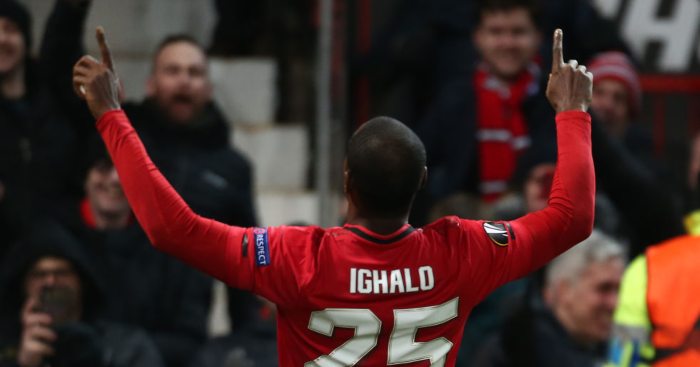 Odion Ighalo has confirmed he would like to stay at Manchester United with the tiniest of statements.

The Nigerian striker has impressed for United, particularly in cup competitions, during his loan spell from Shanghai Shenhua.

There was limited excitement about his arrival at Old Trafford in January, but Ighalo has so far proven his doubters wrong, leading to the idea of a permanent stay being mooted.

Ighalo’s parent club are reported to have lined up another former Premier League forward as his replacement, potentially pushing him towards a confirmed deal with United.

And asked in a Q&A if he would agree to stay at United if the club offered him a permanent deal, Ighalo issued an emphatic two-word response: ‘Of course’.

Elsewhere, Ighalo revealed that his favourite moment with the club so far was winning the Manchester Derby, while the best goal of his career was the one he scored for United against LASK in the Europa League.

It may cost United up to £15m to acquire the services of Ighalo, with Shanghai Shenhua interested in giving him an increased contract worth around £400,000-per-week.