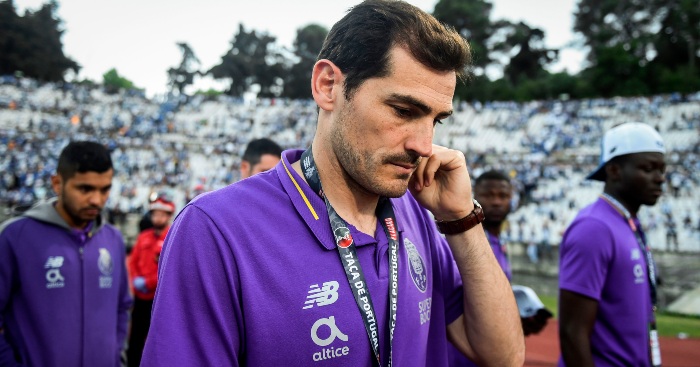 Porto goalkeeper Iker Casillas will become part of the club’s coaching staff as he continues his recovery from a heart attack.

The 38-year-old, who won the World Cup with Spain in 2010, suffered “an acute myocardial infarction” during training at the beginning of May.

He has not been given medical clearance yet to resume his playing career but has not announced his retirement either.

Porto said in a statement on Monday that Casillas will take up a role that will “ensure the connection between the players, the coach and management.”

“I’m going to do something different from what I usually did, which was to be on the pitch. I’ll try to make the connection between the team and the club,” Casillas told the club website.

“The coach talked to me last season when my situation happened and he told me that he wanted me to stay with them, close to the players, close to the younger players, because there would be a lot of changes. I will try to do my best to help my team-mates.”

A three-time Champions League winner with boyhood club Real Madrid, Casillas has made over 150 appearances for Porto since his arrival from the Spanish giants on a free transfer in the summer of 2015.

Casillas played 167 times for Spain and captained his country to their first ever World Cup triumph in South Africa. He also won the 2008 and 2012 European Championships.