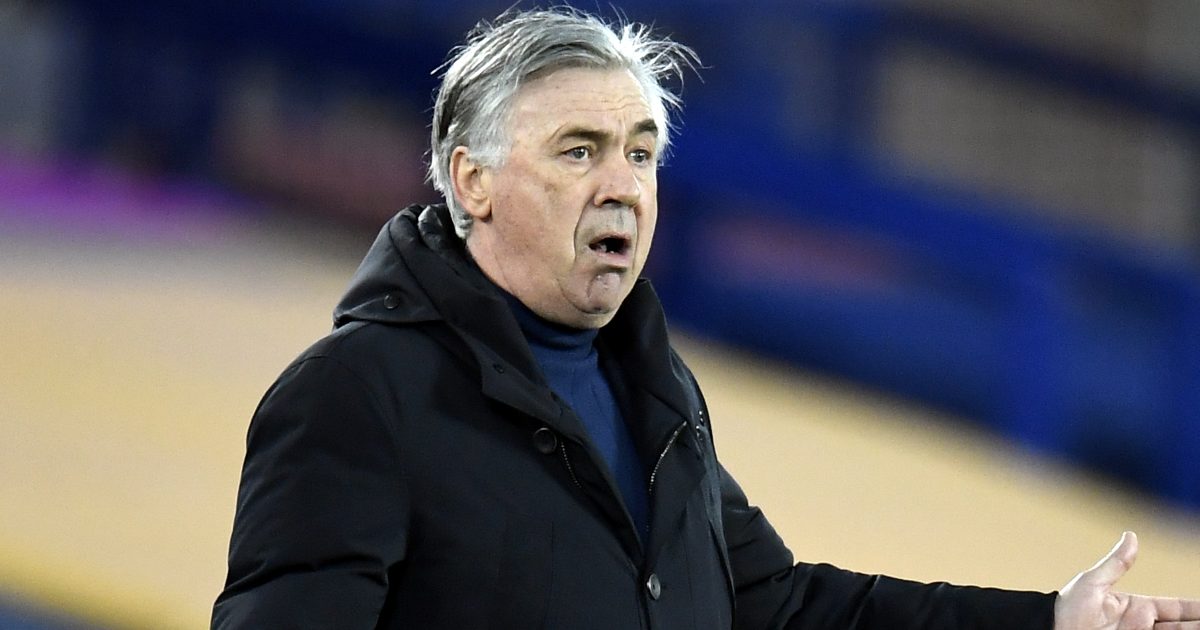 Carlo Ancelotti has admitted that he may be forced into changing his approach as he is “frustrated” by Everton’s recent performances.

The Italian was angry his side did not appear to be properly focused for Saturday’s 2-1 defeat by Aston Villa, their eighth defeat in 17 league matches at Goodison Park.

“Maybe I need to push more on that aspect to have the players more ready when the game starts,” he told evertontv.

“I am frustrated because the game was not good. What was not good was the teamwork and the team performance.

“Dominic (Calvert-Lewin) scored a goal but was not happy because we lost. This is the attitude we have to show, it doesn’t matter if you score a goal.

“Fortunately for us, it is not the last opportunity, we have five more opportunities. But we have to show a different attitude at the beginning.

“Honestly, I am frustrated.”