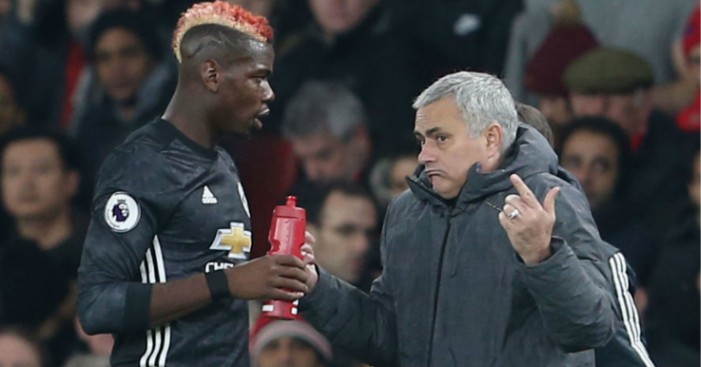 Jose Mourinho’s relationship with Paul Pogba is a huge concern for Manchester United, according to Ian Wright.

Pogba’s form has dropped off in recent weeks and he is believed to have been upset at being substituted against Tottenham and Newcastle before being dropped for the Premier League game against Huddersfield.

Mourinho vehemently denied there had been a breakdown in his relationship with Pogba in his press conference last week, labelling the talk “lies”.

And while Wright does not think Pogba wants to leave Old Trafford, he does suggest, in his Sun column that he has heard all is not well.

“I think we are about to discover a lot about United, the players and the manager,” Wright wrote.

“Jose can defend his relationship with Paul [Pogba] as much as he likes but it’s pretty obvious everything is far from rosy.

“I’m not suggesting it’s daggers drawn between the two, or that Pogba wants out. That’s too far. But I am hearing they aren’t as close as a few months ago, and that’s something United can’t afford.

“This is the stage of the season when everyone must be pulling in the same direction.”

More from Planet Sport: Where does Andy Murray’s Olympic gold rank in his top 10 achievements? (Tennis365)