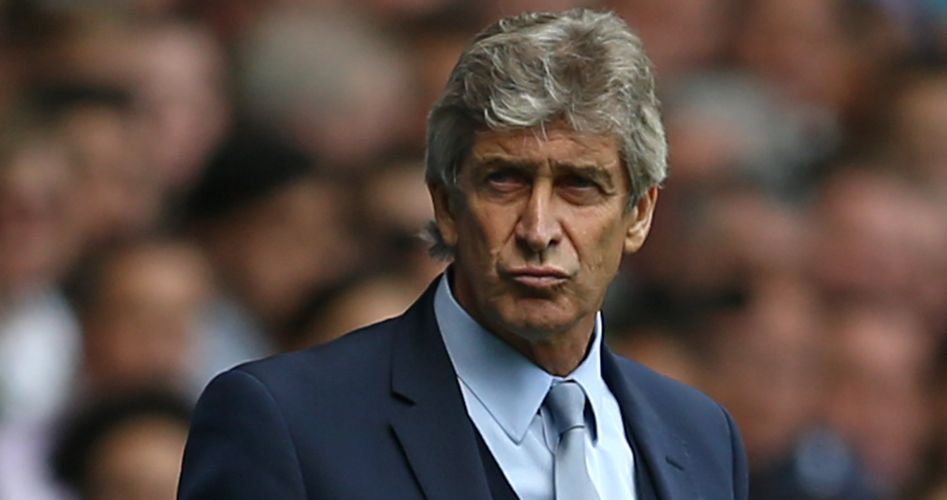 Manuel Pellegrini has dismissed suggestions he is punishing his Manchester City captain Vincent Kompany for playing for Belgium.

Kompany has been on the bench for both City games since Pellegrini expressed frustration that the defender played for his country in a Euro 2016 qualifier last week.

The 29-year-old had missed City’s previous five games with a calf injury and Pellegrini had insisted he would not be fit to play during the international break.

That proved not to be the case and Pellegrini consequently left him out of the starting line-up for games against Bournemouth last weekend and Sevilla in midweek. He has still offered no guarantees that he will return for the Barclays Premier League leaders’ derby clash with Manchester United on Sunday.

But Pellegrini said: “I don’t have any problem with Vincent Kompany. I need every week to choose the XI that I think is the best for that game and when the others play they must wait, exactly the same for the players of the squad.

“I’m not punishing Vincent and I don’t have any problems in the relationship with Vincent.

“I think that after one month or five weeks without playing and without training you must be fit and you are not ready to play an important game. It’s important to work some days before he returns to the team.”

Manchester City haven't kept a clean sheet in any of the 7 games Vincent Kompany has missed so far this season. pic.twitter.com/8cFBE83gth

Kompany did appear as an injury-time substitute in the Champions League win over Sevilla. His late introduction did lead to some confusion as captain for the night Yaya Toure offered him the armband only for Pellegrini to stop him.

Pellegrini claims his actions have been misinterpreted by some and he was not trying to deny Kompany the captaincy, but tell Toure that he was not being substituted.

Speaking at a press conference, Pellegrini said: “It’s very easy to explain. Maybe it’s not what you (media) are expecting to listen to because maybe it can be a better history for you.

“The only thing that I thought was that Yaya was changing his armband because (he thought) he was leaving the pitch, but it was not Yaya, it was De Bruyne.”

The Kompany issue has overshadowed the build-up to the derby from City’s point of view but Pellegrini recognises the importance of the game.

The Chilean said: “It’s a very important three points. I always say that it’s a match of six points because it is a match against a team that is behind you, but it is not a game that will decide the title this year.

“At this moment we are in a good moment, we are top of the league, but that doesn’t mean that we are going to do a better season than the last one. It’s important not to make the same mistakes and try to improve every game.”

While City were at home in the Champions League in midweek, United had to travel to Moscow.

United boss Louis van Gaal feels this will benefit City but Pellegrini does not see it that way.

He said: “I don’t think that will be a key factor. Normally the key factor in the big games are the individual performance of the players.

“Maybe if the derby was tomorrow instead of Sunday it’s a small advantage, but from Wednesday until Sunday I don’t think that United will have any problem to recover.”