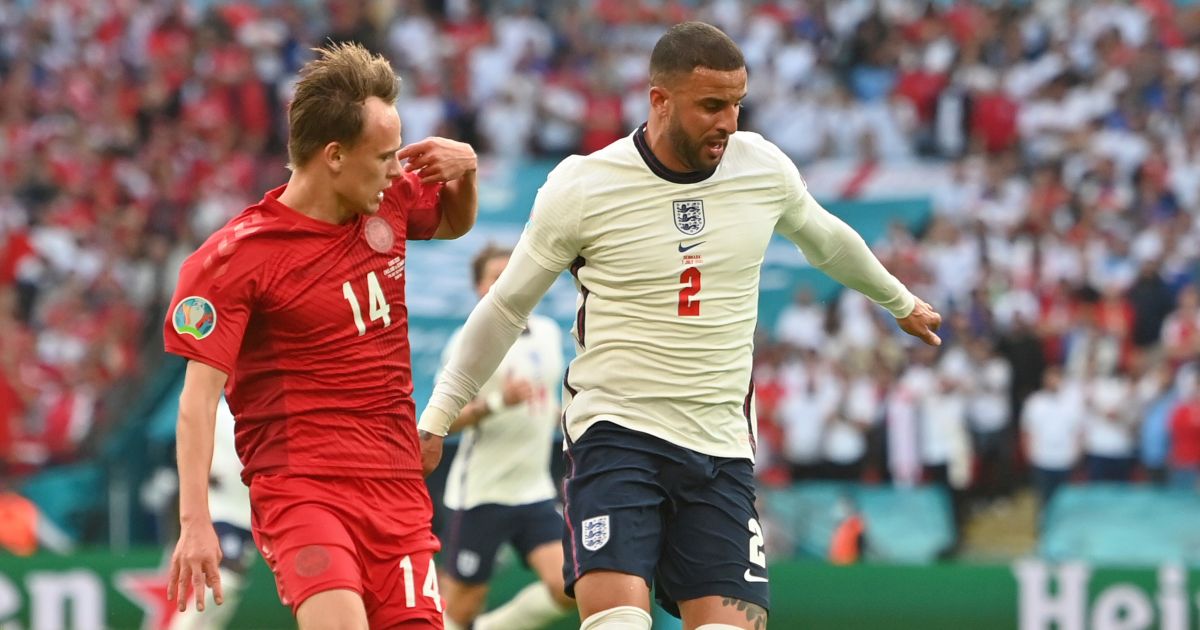 Oh and if you want to read about Sam Matterface, click here.

Even The Sun cannot bother us today
We really don’t feel like being snarky today so we are going to smile as we go through the newspapers as they react to England’s f***ing stupendous victory over Denmark.

That said, The Sun can f*** off with their back page of ‘IT’S COMING HOME!’ featuring the colours of the Italian flag. Can we not just enjoy this glorious victory for a second please?

Talking of enjoyment, we are very happy to see The Sun‘s Chief Sports Writer Dave Kidd get on board the England fun train and write about ‘one explosion of joy’ as he attended ‘a rave, a festival and a mass meeting of a religious cult all rolled into one’, claiming that ‘Southgate’s team were all heroes’.

As we are all happy bunnies today, we will barely mention the fact that Kidd had previously written that England ‘look nothing like a team capable of going deep into this tournament’ or that ‘there have been few signs so far that England can beat world champions France, European champions Portugal or their perennial tournament bogeymen, the Germans’. And then, of course, England just ‘bored Germany to death’.

And now you want to believe? Ah okay, climb the f*** aboard.

Sweating the big stuff
We did rather enjoy this nakedly selfish line from Charlie Wyett about Gareth Southgate’s management:

‘The paranoia which was around the squad under former boss Roy Hodgson and coach Gary Neville has also been replaced by hard work, positivity and enjoyment.

‘Unlike that squad at France 2016, they do not mind being pictured with unicorns in the pool.’

And that, ladies and gentlemen, is Gareth Southgate’s greatest triumph.

Pasta the sick bucket
It’s started already. This is the lead story on The Sun online‘s football page at 10.30am the morning after the night before:

But after days of bacon, Carlsberg and the Little Mermaid, at least pasta, pizza, salami and, erm, Vespas will make a nice stereotypical change.

Hilarity ensues
Further down the page, you can ‘Watch Saka & Grealish do hilarious Maguire impression as they chat to friends after England reach Euro 2020 final’. They literally chatted to friends. From a distance. Not an impression. Not hilarious. And definitely not news. 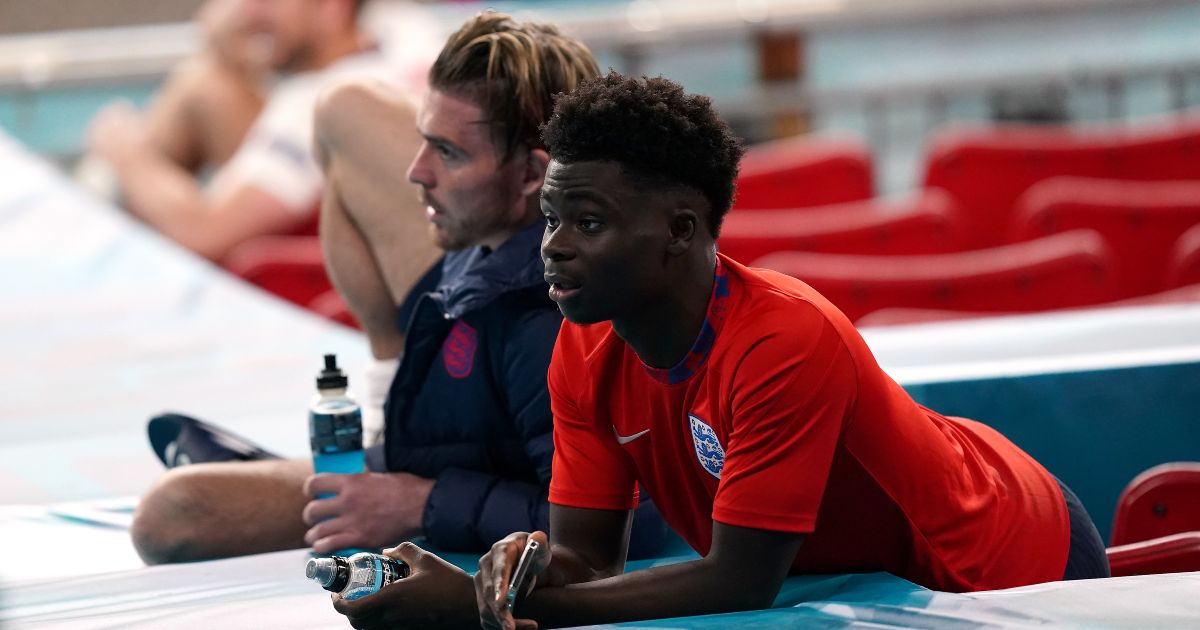 Gratings
Player ratings are of course subjective but, well, we thought that the Daily Mirror giving no England player higher than 8/10 was ridiculous (apparently, Raheem Sterling deserved only 7/10 for ‘trying to set the tempo’) until we saw Sky Sports and their ratings.

Seriously, you might want to re-think your career choices if you watched Kyle Walker over 120 minutes in which he was utterly phenomenal and decided that he was the worst player in a white shirt with his 6/10 stylings.

‘Full marks for the critical covering run and tackle to stop Damsgaard when the Danish forward broke through but unable to offer anything of note going forward and his distribution was erratic. But when England needed experience and clear heads, he didn’t make a mistake.’

So full marks for stopping the opposition scoring and everything but creating two chances (only Mason Mount and Harry Kane created more) and having a pass completion rate of 90.6% (only Raheem Sterling, Declan Rice and John Stones were more accurate of England’s starting XI) was frankly embarrassing. Six out of ten and you are lucky to get that, Mr Walker.

Pity the Red
But however uncomfortable we are with Kyle Walker getting 6/10 from some anonymous Sky twonk, it’s slightly less upsetting than the Liverpool Echo ratings seen entirely though red glasses. Imagine watching that England performance (nobody got more than 8/10 obviously) and coming up with this headline:

That makes us feel a little sad. Surely nobody wants to watch an England game entirely through the lens of ‘what’s the Liverpool angle?’, but that’s what ‘local’ journalism has become.

And that means that of course you have to write that Declan Rice (6) was ‘poor again’ and ‘rather fortunate to be keeping his place ahead of Jordan Henderson’ while Kalvin Phillips (6) was ‘slightly better than Rice but that’s not saying much’, all to emphasise the brilliance of the Liverpool captain, whose 26 minutes of football (no shots, no chances created, no tackles, no interceptions) definitely deserved a 7/10, making him equally as good as Walker and Harry Maguire and definitely better than Luke Shaw and John Stones.

This means bore
And what did the Liverpool Echo ‘learn’ from that England win? Other than that Henderson is so much better than the other non-Liverpool England midfielders, of course.

Yes, that was our immediate thought on watching Kane play really well and score, that he was sending a ‘warning’ to Liverpool that he could make the champions Manchester City even better next season. We’re just surprised that wasn’t the first thing he said when he was interviewed by ITV.