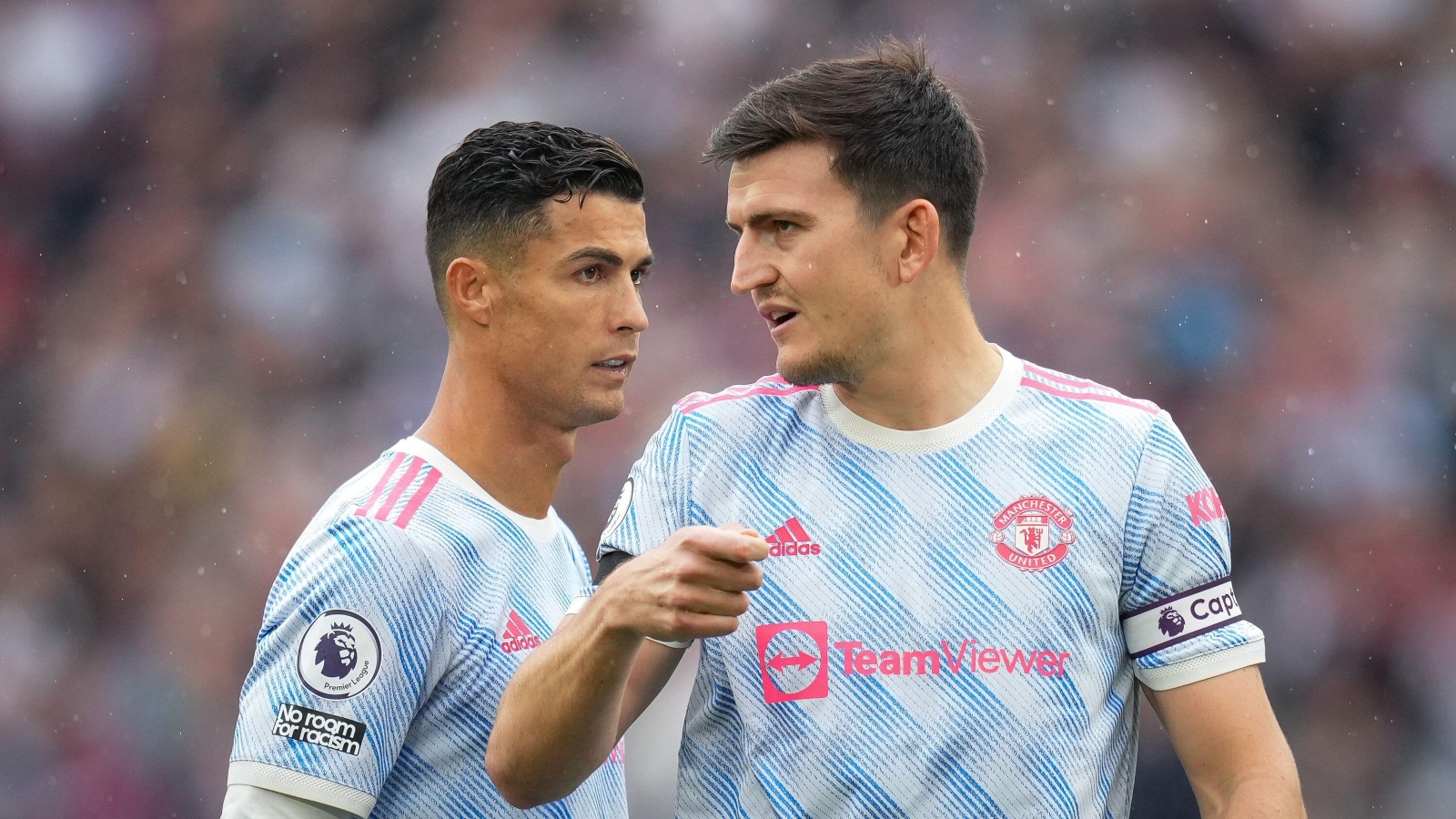 Alphonso Davies hinted that Cristiano Ronaldo should be Man Utd captain after mocking the club’s decision to appoint Harry Maguire as skipper.

Ronaldo re-joined the Red Devils last summer in a move that led many to believe the Premier League giants would compete on all fronts this season.

The Portugal captain hit the ground running at Old Trafford, scoring a brace on his second debut against Newcastle before netting some crucial goals in the Champions League.

Despite his 18 goals in all competitions this season, Ronaldo has been heavily criticised for his performances with Man Utd enduring a poor season.

They are expected to miss out on the top four and were knocked out of the Champions League in the last 16, Carabao Cup in the third round and FA Cup in the fourth round.

Maguire has also had his fair share of critics this campaign. Many fans, pundits and former players have urged Man Utd interim boss Ralf Rangnick to drop the England defender.

The German has remained faithful in Maguire, however. He has made 33 appearances this term across all competitions.

Bayern Munich left-back Davies says he can’t believe Maguire is Man Utd captain, insisting that he has no idea why a player of Ronaldo’s calibre is being led by the 29-year-old.

“Can you guys imagine [that] you’re Ronaldo, right?” Davies said on his Twitch channel (via Goal). “One of the greatest players ever, in the 21st century.

“Harry Maguire is your captain. You refer to him as captain – I don’t know what he says to him.”

The left-back added: “I’m not dissing Harry Maguire, but Ronaldo should get the armband, man.”

Meanwhile, Merseyside Police have launched an investigation following an incident in which Ronaldo appeared to knock a mobile phone out of a supporter’s hand at Everton.

The force is appealing for witnesses after footage on social media emerged which appeared to show the Portuguese smashing a phone out of a Toffees fan’s hand and onto the ground as he limped off towards the tunnel following his side’s 1-0 loss at Goodison Park.

Man Utd striker Ronaldo later issued an apology for his “outburst” via social media and invited the supporter to watch a game at Old Trafford “as a sign of fair-play and sportsmanship”.

A spokesperson for Merseyside Police said: “We can confirm that we are liaising with Manchester United Football Club and Everton FC following reports of an alleged assault at the Everton v Manchester United football match at Goodison.

“As players were leaving the pitch at 2.30pm, it was reported that a boy was assaulted by one of the away team as they left the pitch.”