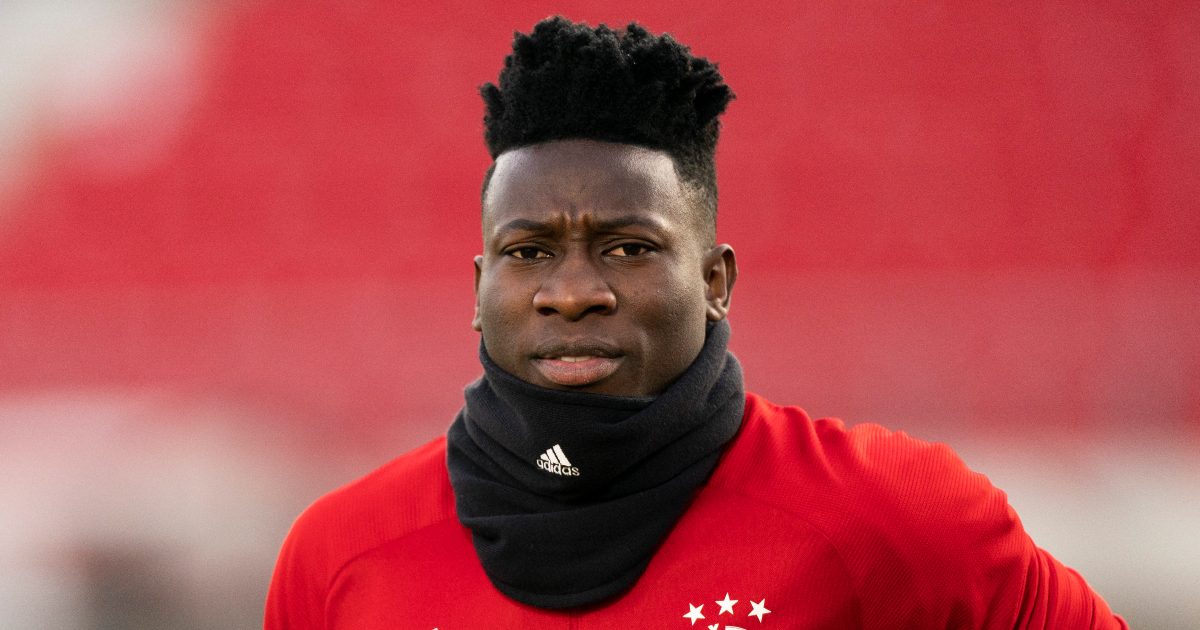 Ajax goalkeeper Andre Onana’s move to Arsenal is “imminent” despite him currently serving a ban for doping, according to reports.

Onana came through the ranks with Barcelona before he made the move to Ajax in 2015.

The goalkeeper established himself as their number one during the 2016/17 season. He has gone onto play over 200 times for the Dutch giants.

In February 2021, Onana was banned from playing for 12 months. This came after he tested positive for the banned substance furosemide.

Onana has appealed the decision, and the result of that appeal will be announced on Wednesday. He claimed that he mistook his wife’s aspirin for the banned substance.

As cited by BBC Sport, Onana claimed that the ban came as a result of a human mistake:

“Everything was the result of a human mistake,” Onana said.

“Everyone knows that I lead a very healthy life, and since I started my sporting career, I have always been strongly against any use of doping and I condemn any unsportsmanlike conduct.

“I have no need to resort to doping to further enhance my sporting career.”

Despite the ongoing doubts over his availability, Arsenal are still interested in him. Dutch outlet NOS reported that the goalkeeper’s move to Arsenal is “imminent”.

Fabrizio Romano has since confirmed these reports. He suggested that Onana is a “real target” for Arsenal this summer:

– Arsenal are in direct contact wih his agents since January.
– Definitive suspension period will be key to understand Onana’s future.
– Impossible to bring Szczesny back, NO chance.

Elsewhere, Arsenal fan Darren Bent has suggested that they can do “better” than Mikel Arteta. He called for them to go for Antonio Conte:

Listen, I think we could get better if I’m honest.

“I’m not quite sure about the Zidane appointment because he fell into a situation with the best players in the world and won three Champions Leagues.

“[Mauricio] Pochettino is never going to go to Arsenal because of his Spurs ties.

“Conte is probably someone where you go, ‘yeah, I wouldn’t mind him’, but I think he’d end up taking a bigger job because he’s a top manager.

“He won the league in England with Chelsea and then went back to Italy to win the league with Inter Milan, what would he come to Arsenal for? What are the benefits?”