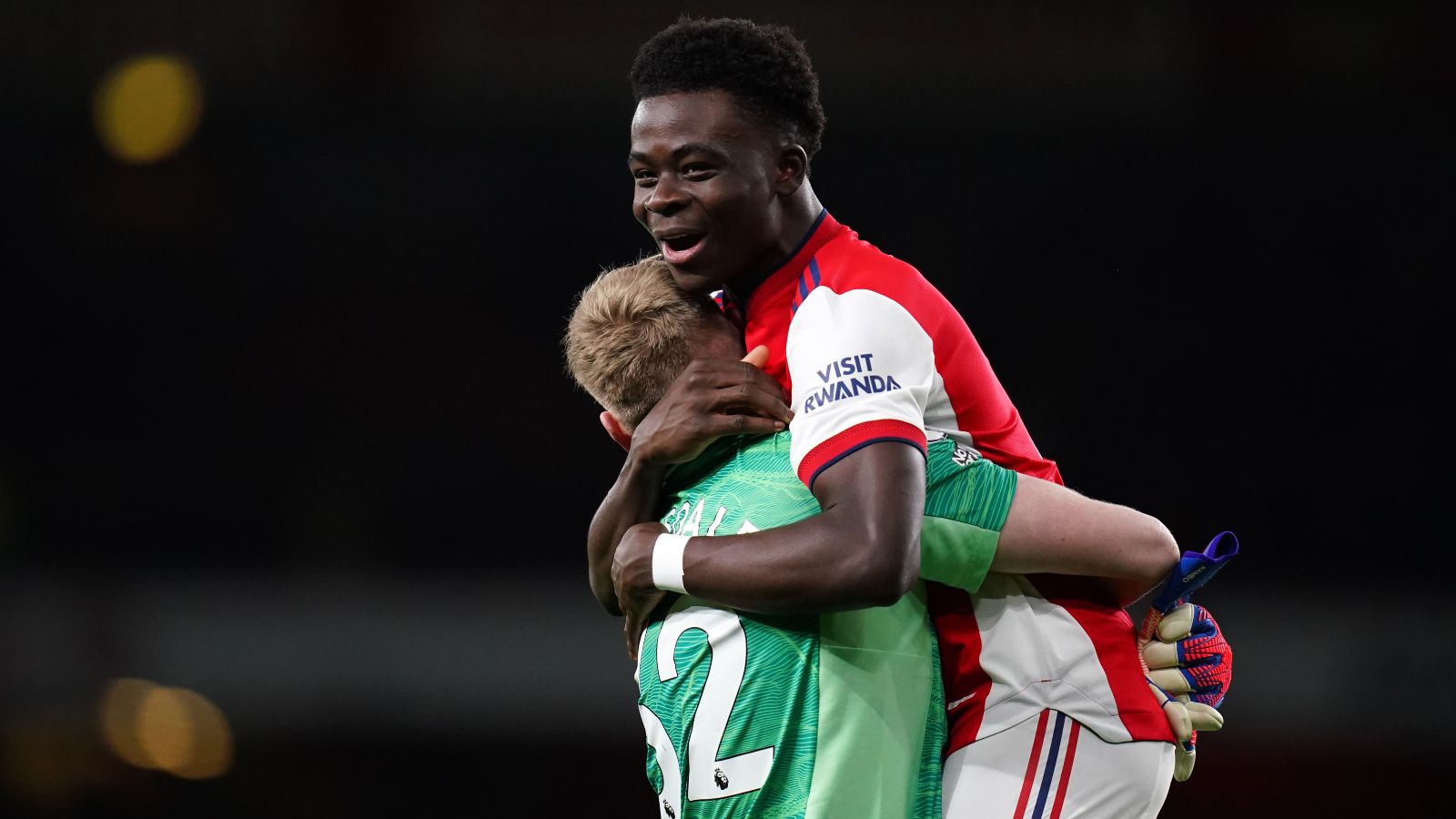 According to reports, an ‘initial conversation’ has taken place between Arsenal and Bukayo Saka over a new ‘improved deal’ for the Englishman.

Jurgen Klopp is said to be an admirer of the Arsenal youngster.

It is pretty clear why as Saka has been a massive help to the Gunners over the past couple of seasons.

This was his ninth league goal of the season. Overall he has been involved in 15 goals across all competitions.

The Athletic have revealed that talks have started between Arsenal and Saka over an ‘improved deal’.

It is said that ‘there is an obvious wish to settle his future as quickly as possible’. The two parties are expected to hold ‘formal talks’ soon and an ‘offer will follow’.

Elsewhere, Arsenal legend Ian Wright has named a quintet of current Gunners stars who have grown in character:

Wright has hit back at the critics and named five of the current squad who have impressed him this season.