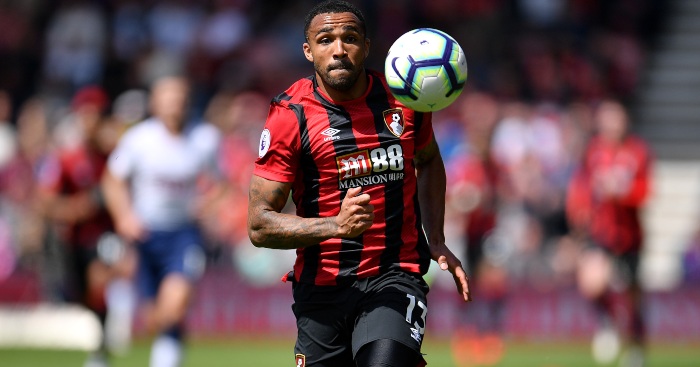 England striker Callum Wilson has committed his future to Bournemouth by signing a new four-year contract until the summer of 2023.

The 27-year-old, who was linked with Chelsea and West Ham in January, was the Cherries’ leading scorer with 14 Premier League goals last season.

He scored on his international debut against the United States at Wembley in November and has been capped three times by England boss Gareth Southgate.

“While AFC Bournemouth may be known as a smaller club, we’ve got some really big ambitions here,” Wilson told afcbTV.

“Everyone is pulling in the same direction towards those targets and goals.

“I feel like as an individual, my game is constantly improving here at the club.

“I want to continue that progress and reach even higher targets. I’m really excited about what the future holds.”

Wilson arrived at the Vitality Stadium from Coventry in the summer of 2014 and has scored 58 goals in 148 appearances in all competitions.

He has also overcome two serious cruciate knee ligament injuries in that time.

Bournemouth chief executive Neill Blake said: “Throughout his time at the club, Callum has demonstrated incredible determination to succeed at the highest level – even in the face of adversity in the form of two season-ending injuries.

“He has proved himself as a Premier League striker and is now beginning to establish himself at international level, and this contract is just reward for that.

“We have no desire to lose our best players and this is further evidence of the board’s commitment to keep AFC Bournemouth progressing year on year.”