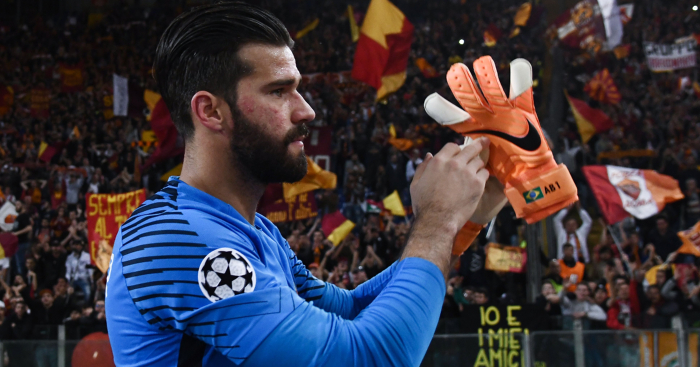 Roma goalkeeper Alisson has refused to offer any clarity upon being asked about his future.

The Brazil goalkeeper, who has been heavily linked with Liverpool and Real Madrid, kept his 22nd clean sheet of the season against Juventus on Sunday.

Liverpool have retained a long-standing interest in the 25-year-old while Real are also known to be in the market for a new keeper this summer.

And after the 0-0 draw with Serie A champions Juve, Alisson was asked again about his future.

“My future? I’m focused on my job and what I do now,” he told Rai Sport, cited in Calciomercato.

“I have so many things to do here, I have our last league game and then the World Cup. If I will stay at Roma? We’ll speak about that later.”