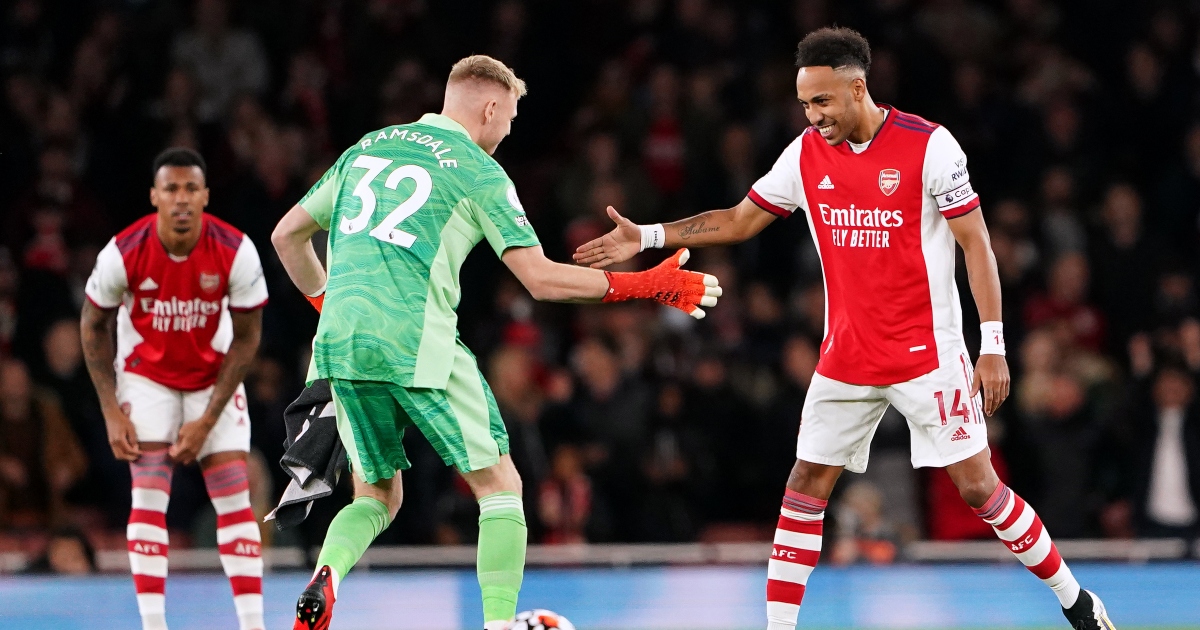 Ian Wright has praised the form of Arsenal goalkeeper Aaron Ramsdale after a number of impressive performances since his summer move from Sheffield United.

Ramsdale was signed for £30 million despite suffering back-to-back relegations with Bournemouth and Sheffield United respectively.

It was widely thought that the 23-year-old would be brought in as back-up to Bernd Leno but Ramsdale has slotted into the starting line-up, forcing the German goalkeeper to the bench.

Now, Arsenal legend Wright has praised Ramsdale for shutting up the doubters.

Speaking to Premier League Productions (via the Daily Mail), Wright said: “Ramsdale is a phenomenon for Arsenal for what he has done.

“I am really pleased that it is turning out like it has for him because when we signed him for £30 million, people were teasing Arsenal, saying, ‘How can you sign a goalkeeper that has gone down twice?’

“What I see is a goalkeeper that brings so much to the team, not just his brilliant goalkeeping at the moment, but his attitude and the fact that he is that chest-beating, he gets the team going.

“Because I think there are a lot of introverted players at Arsenal, and he is somebody that, he keeps Arsenal going.”

Whilst Wright is full of praise for the Gunners goalkeeper, Nigel Winterburn isn’t getting too ahead of himself.

“I watched Ramsdale a fair bit last season for Sheffield United. I have openly said that I wondered how much of a step up he was on Leno. That was my question at the start of the season, but since he’s come in, he’s been outstanding,” Winterburn told FreeSuperTips.

“One thing I do really like about him is that he seems to take command of his area. He doesn’t punch a lot, he catches as well. I think that relieves pressure and gives confidence to your defenders.

“I love the way that there’s a bit of fist pumping, and when a defender gets a great tackle or block, or Ramsdale makes a great save. You can see they are together.

“I think that the back four and the goalkeeper bring confidence. That starts to transmit around the rest of the team because maybe if you’re not playing quite well enough, you know you’re not going to concede a lot. So if we can nick a goal, we are at least going to get a draw, and if not we’re probably going to get a victory.

“I love what I’m seeing with the back four and the goalkeeper. I think there’s some great unity there between them.

“But that’s over a short period of time, we want to be seeing this over an extended period of time. Why did people talk about David Seaman so much?