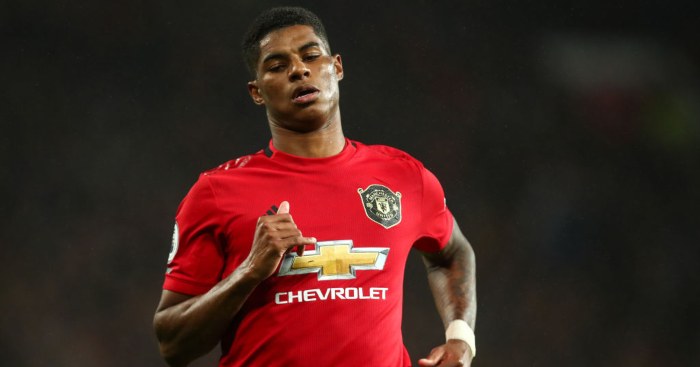 Paul Ince thinks Manchester United still lack a “lethal” striker and reckons there is an “over-reliance” on Marcus Rashford.

Rashford has established himself as one of United’s first choice strikers this season, alongside Anthony Martial.

With Martial injured, Rashford has had an extended run down the middle but United have still struggled for goals with only nine scored in the Premier League this term.

Ince said: “Marcus Rashford is a concern for me, he’s struggling. You do need to remember that he’s played a lot of football for a kid so young, and there is so much pressure on him because United are so reliant on him.

“They haven’t gone out and bought a centre-forward, so the onus is on Rashford to perform consistently. United simply haven’t got a lethal striker, and Rashford doesn’t look like that to me yet either. The way he’s being played at the minute, and the over-reliance on him, is really impacting his performances and he knows that.

“As a young player you will lose your confidence, Rashford is clearly a little bit down and not quite right, and that’s where the leaders at the club need to recognise that and pull him up.

“He’s a talented player, but it’s not working for him at the moment. Technically he’s very good, but for me he lacks composure. When you look at players like Eric Cantona, Alan Shearer, Ian Wright, the composure they had was incredible.

“With Rashford, he gets a little touch excited and he either smashes it or looks unsure. My advice for him would to be to get out on that training ground, afternoon after afternoon, and work on it.