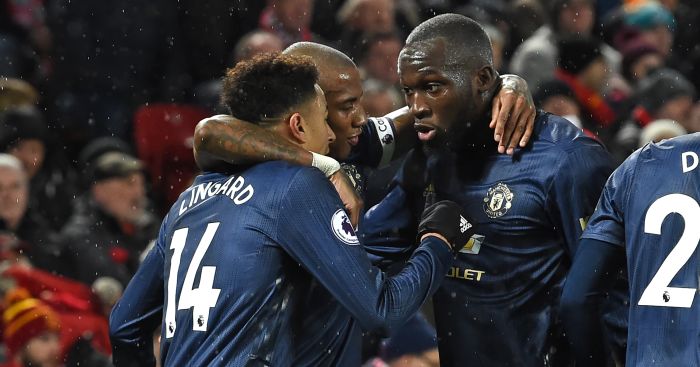 The club – already amidst their worst ever start to a Premier League season – slumped to a new low on Sunday when a 3-1 defeat at arch-rivals Liverpool left them a whopping 19 points adrift of the Premier League table toppers.

And Ince has cited a huge lack of desire from United’s stars as key to their slump – and claims the detachment of effort can only mean one thing.

“People are right to question the manager, but you must also look at the players too,” Ince told Paddy Power. “Are they really putting a shift in? Do they really care?

“I’ve been there, players start forming cliques, in the hope of getting their manager sacked and that’s what we’re seeing now at Old Trafford.

“You can tell of a couple of his recent teams that he’s picked who he believes he likes and can trust, but they’re just not good enough.”

Ince admits he’s pained by what is happening at Old Trafford and claims his former side are in “disarray”.

“It’s crystal clear to me that the entire club is in disarray, from top to bottom.

“The gap between United and Liverpool, and United and Man City is enormous. I can’t see them catching up for a long time, they’re years apart.

“A resounding issue at the club is that there are far too many players who aren’t fit to wear the shirt. Something has got to give.”

His former United teammate Ryan Giggs offered a more controlled critique of United’s season, but Ince was quick to Jesse Lingard to task, claiming he is “unfit to wear the shirt”.

“He’s simply not good enough to wear a Manchester United shirt,” he fumed.

“All we see on social media is his new clothing line, his dancing, trips to Las Vegas and Miami. In reality, he’s scored two goals all season.

“You don’t need to make your own clothing brand as though you are one of the best stars in the world. He needs to remember who he is.”

Manchester United are 11 points adrift of the top four and hope to claw back some of that gap, with matches against Cardiff (away), Huddersfield and Bournemouth (at home) and Newcastle (away) over the festive period.