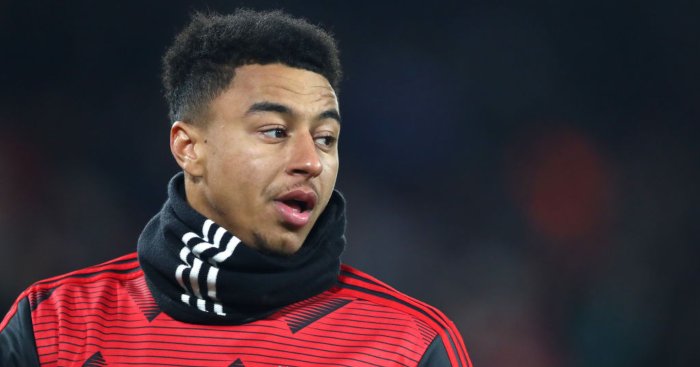 Paul Ince says Jesse Lingard “must be feeling optimistic” if he believes Mino Raiola can get Real Madrid or Juventus to sign him.

Lingard’s future at Manchester United has come into question after it was revealed that he had linked up with controversial agent Mino Raiola.

That emerged at a similar time to Ole Gunnar Solskjaer praising the forward for running and not using social media quite as much.

Lingard has not had a particularly enjoyable season and his Premier League goal drought has now lasted over a year, with Ince scoffing at the idea that Raiola could earn him a lucrative move this summer.

‘The relationship between Mino Raiola and United is obviously bad,’ he told Paddy Power.

‘We’ve all seen what he said. But he’s just adding fuel to the fire unnecessarily. If you’re an agent and your player wants to go you can do that without having to hit the back pages.

‘If you don’t feel the club is going forward the way you like – fine – but there’s no need to play that out publicly. You can do it without anyone knowing. The thing is, if Pogba’s there next month, it’s going to be a huge task for him to win the fans over now.

‘Then you see that Jesse Lingard has signed with that agent, too. I mean, he must be feeling optimistic if he thinks that Raiola could secure him a move to Real Madrid or Juventus!

‘He’s a massive so-called super-agent. I’m not sure why Jesse has signed with him to be honest.

‘Obviously by getting involved with him he must think that he can secure a move in the next year or so, and he’s the man to do it. But Jesse’s not a kid anymore, and ultimately, he needs to improve his performances on the pitch before he can worry about his next move.

‘He’s supposed to be in his prime, but some of his performances are terrible. There’s too much competition for him to be playing every week.

‘He clearly thinks that Raiola is the man to secure him the move away from Old Trafford.’