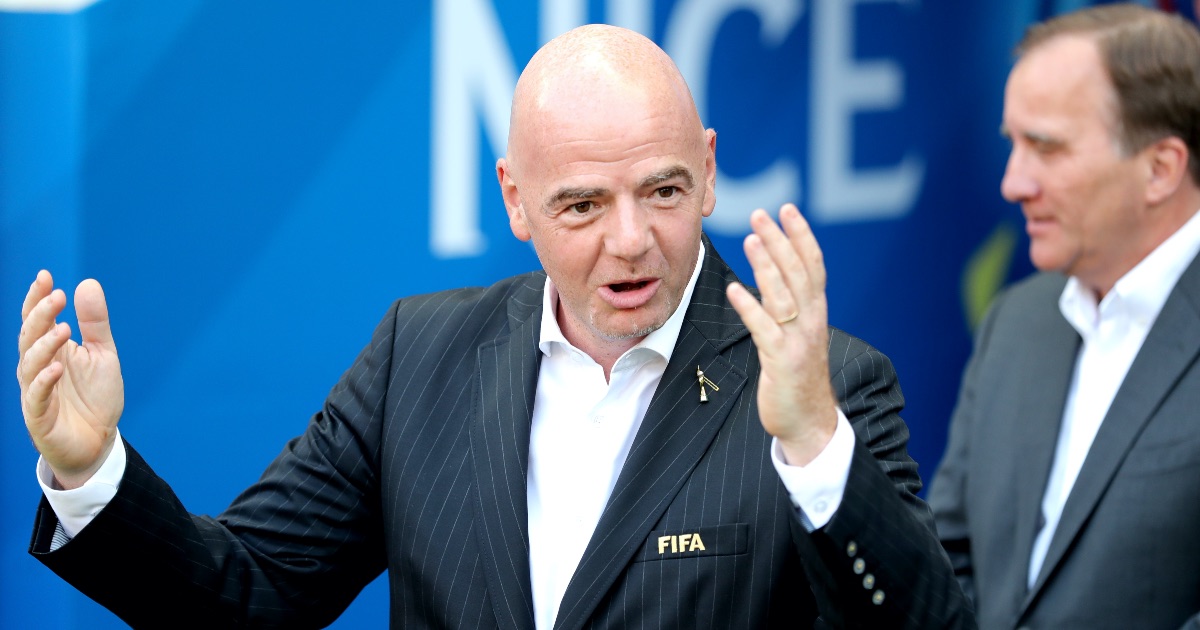 The UK and Ireland can expect a “bullet-proof” and “clean” bidding process for the 2030 World Cup, FIFA president Gianni Infantino has promised.

A feasibility study is under way over whether to launch such a bid to host the centenary finals, with the Government behind the idea of ‘bringing football home’ again for a first global finals on British soil since 1966.

England’s last bid – for the 2018 World Cup – ended in failure amid allegations of sleaze and corruption within the bidding process that led to Russia being awarded those finals and Qatar gaining the rights to 2022 on the same day in December 2010.

However, Infantino is keen to stress that, as was the case for the 2026 finals, each country will be treated fairly.

“I am very happy about what was I reading about the interest of Mr Boris Johnson and the whole British world to host a World Cup,” he said.

“The more candidates we have the happier I am, because we will organise a bidding process that is bullet-proof, which is clean, which is transparent, which is professional, where the rules are clear ahead of the bids coming in.

“This is what we did last time and I am proud of that, because if we hadn’t done that you (the media) would have killed us, rightly.

The regulations could be one of the keys to the success of a UK-Ireland bid. For 2026, the FIFA Council decided to exclude the last two continental confederations who have hosted tournaments from entering the hosting process.

If those regulations remain in place, it would block China from bidding because of Qatar’s hosting in 2022. The bidding regulations for 2030 are due to be announced in the second quarter of next year, with a decision on hosting set to be taken at FIFA’s 2024 Congress.

The UK-Ireland bid would still likely face competition from a joint Spain-Portugal bid, and a South American bid, which could get the sentimental vote after Uruguay hosted the first finals in 1930.

Infantino was asked whether China would be barred on human rights grounds, but appeared not to rule them out.

“Human rights are now a requirement in our bidding process but we must also realise that human rights being a requirement also means addressing it, going to the people, not excluding anyone but including everyone in the world,” he said.

“That’s my philosophy. I believe very much in the force of football to bring positive change and this can only happen if we act in a positive way.

“If we act in a negative way, if we start excluding countries or people or races or whatever, then we are completely on the wrong side.”

He also said he was “100 per cent sure” of full stadia for the Qatar finals next year with the world hopefully well recovered by then from the ravages of the coronavirus pandemic.

“If in one year from now, we are still discussing about matches without spectators and about lockdowns and other restricted measures, then I think the World Cup would be the least of the problems of humanity,” he said.

“But I’m confident, from speaking to many government officials, not only in Qatar but around the world, and to the World Health Organisation that thanks to the vaccine everything will be in order and it will be fantastic.”