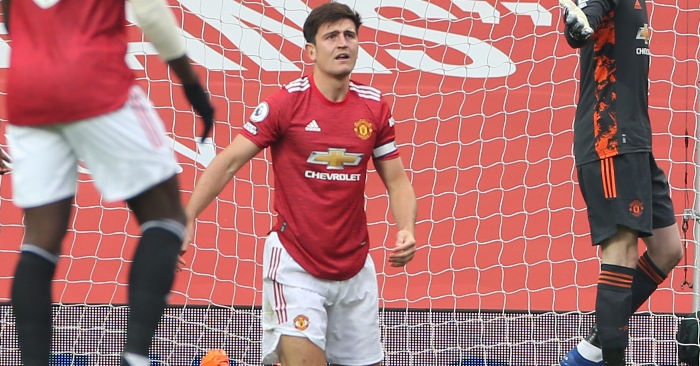 An ‘influential starter’ at Manchester United ‘couldn’t understand why they didn’t sign a defender’ in the summer transfer window.

That’s according to the Independent, who also revealed a United player’s concern over Ole Gunnar Solskjaer’s “basic training”.

United were linked with a number of centre-backs, with Dayot Upamecano thought to be their top priority, but ended the transfer window without strengthening in that area.

The report reveals that a deal for Ruben Dias was ‘waiting’ to be done, but the Portuguese star instead moved to rivals Man City for £62million.

The issues in defence were brought into sharp focus by their 6-1 drubbing at the hands of Tottenham, as well as Harry Maguire’s struggles more generally.

The United captain – as Rio Ferdinand says – really needs to be given a break. But it’s one Solskjaer can’t afford to let him have right now.