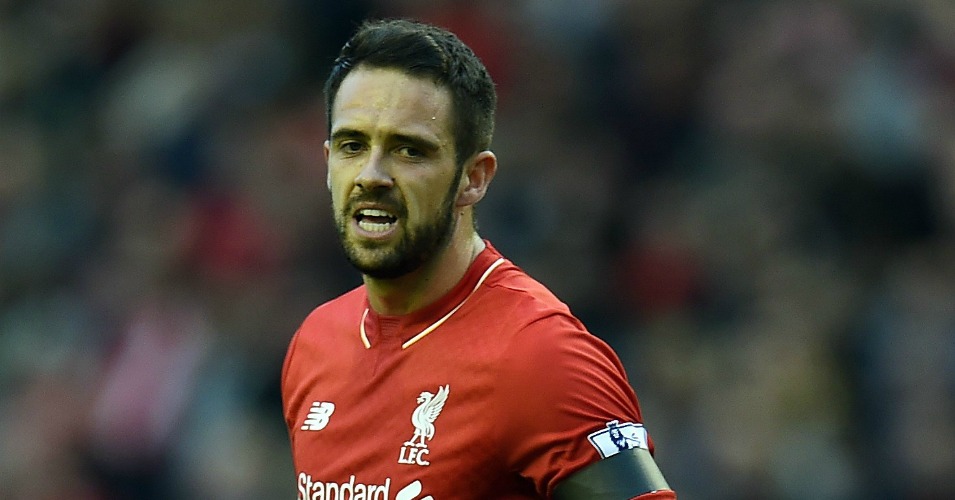 Danny Ings says he will remain “positive” despite his knee injury, while the Liverpool striker has praised Brendan Rodgers.

Ings is likely to be sidelined for at least six months due to a knee injury suffered during training for Liverpool this week, curtailing a whirlwind week for the striker which included his England debut.

Despite an injury that could well rule him out of the running for the England squad at next summer’s European Championships, as well as bringing an encouraging start for Liverpool to an abrupt end, Ings remained remarkably positive in an exclusive interview with the Daily Telegraph.

“The only way I can get in his [manager Jurgen Klopp’s] thoughts and show him what a good professional I am is the way I am in the gym or by being positive around the lads. Sometimes negativity can rub off on players and I don’t want to affect their performance. When you are injured you have to keep a positive mindset and keep moving forward.

“I feel better than I expected to feel and that might come from the fact I have had previous injuries that have been quite lengthy before or it might just be the fact I made my debut for England and I was playing all the recent games for Liverpool. I think it is important not to get too down. There will be a few down days when I am not feeling myself and I am gutted I cannot be out with the team. But I am trying to stay as positive as I can be.

Ings relived the moment he suffered the injury earlier this week – less than 24 hours after team-mate Joe Gomez suffered a similar one – and said that initial tests had not revealed the extent of such a small tear of his anterior cruciate ligament.

“I was coming from the centre of the pitch to the left-hand side running full tilt,” Ings said. “I received the ball on the inside of my right foot and as I came inside pressing off my left it got caught in an awkward position. I went and sat down. We had tests on it and it was perfectly fine, the wobble test [used to detect cruciate ruptures] – everything was fine.

“We didn’t have a clue what it was because after that I got up and thought I could go and train again. We walked in because we didn’t want to risk it. We were doing tests again and there was nothing there. The only thing worrying me is that there was a click … I have had surgery on this knee before but it was an injury that was completely different – that was a repair of my meniscus.

“This is something completely different. The MRI showed it was an isolated ACL partial rupture. The only positive thing is that everything around it, the meniscus, all the other ligaments are fine so hopefully that will shorten the timescale when I return.

“I am experienced enough in my career to know it is not the end. It is a setback and, yes, I was playing and I was starting for Liverpool sooner than I expected, which was great. Making my England debut was a massive achievement.

“These things do happen and it can be cruel but for me it is part of the game and this is when footballers really, really earn their money. To go in earlier than everyone else and come home later than everyone else. To work as hard as you can and come back better. I have always done that. Any injury I have had, I have come back stronger. Especially mentally strong and it makes me appreciate the job I do when things like this happen.”

While Ings remains keen to impress new manager Klopp, he spared a moment to thank former boss Brendan Rodgers for the effect he had on his career before his sacking a fortnight ago.

“I couldn’t speak any more highly of him, he gave me the opportunity to play for Liverpool. Obviously he is going through a tough time at the moment. It is not nice for any manager but what I do know is that he is a great guy, and a great man to have around a club. I know he will do extremely well in his career.”

Ings has also received support from the likes of former Newcastle striker Alan Shearer, who tore his anterior cruciate ligament playing for Southampton in 1992 before returning and becoming the Premier League’s all-time record goalscorer.

“When he popped up on Twitter … well, he didn’t have to do that,” Ings said. “I’m extremely grateful and when you see he went through the same process it shows that you do come back from these things. With the physio and the technology it has moved on even more. Look at Theo Walcott [who suffered a cruciate rupture last year] and how sharp he is … it’s like he has never been away. I know I am going to come back, it is just how I do it.

“You can be as strong as you want to be. The stronger I come back mentally and physically, the more chance I have of being in the thoughts of the England manager. Those things are realistic.”