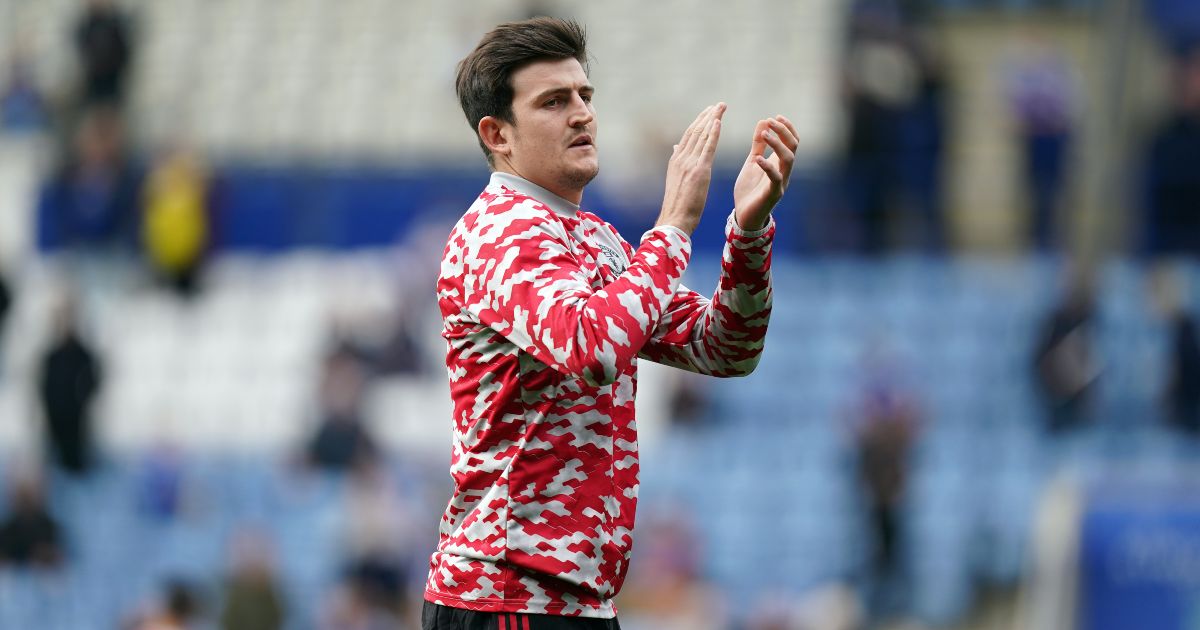 Captain Harry Maguire shouldn’t have been rushed back into the Man Utd side, according to an injury expert.

The Red Devils were set to play Victor Lindelof and Eric Bailly alongside each other against Leicester City on Saturday, in a rare outing for the double act.

However, Ole Gunnar Solskjaer sprang a surprise by starting Maguire – who has been out since sustaining a calf injury against Aston Villa on September 25 – at the King Power Stadium.

Maguire struggled throughout their 4-2 loss to Leicester at the weekend with the England international losing possession in the lead up to Youri Tieleman’s equaliser to make it 1-1.

Injury expert Ben Dinnery has explained how it was a “shock” to him that Maguire was “anywhere near that first team”.

“It was a shock to see him anywhere near that first team,” Dinnery told Football Insider. “Friday was his first training session with the group. If he came through that okay, you maybe expect him to be on the bench.

“But that session was technical and tactical-based workout rather than a full going through the motions. So there’s no question that Maguire has been rushed back. Big questions must be asked as to why.

“Does this say more about how highly Ole thinks of Maguire? Or does it actually say more about what he thinks about Eric Bailly? Does he think Bailly has the ability to come in as a centre-back? Does he really believe and trust in Bailly?”

Gary Neville was also critical of Solskjaer’s decision to put Maguire into the first team, calling it his “biggest mistake” against Brendan Rodgers’ side.

“He was absolutely nowhere near. We were talking earlier about when we’ve had one of those games in our career where we’re not fit, nowhere near it.

“I think picking him in the first place was a big problem. Maybe the panic of not having [Raphael] Varane and Maguire caused him to do that, but then not taking him off at half-time because it wasn’t just the goals that Harry Maguire was involved in. Just generally, he was nowhere near it.”