Home F365 Says Why is injury-prone a synonym for ‘weak’ in football? 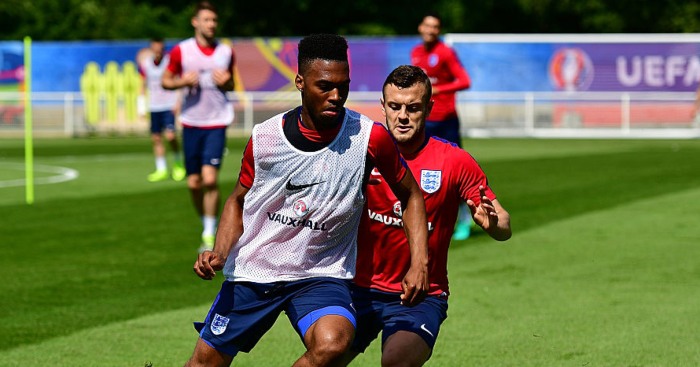 Last year, former Crystal Palace chairman Simon Jordan waved a stick in his hornet’s nest of hubris by suggesting Daniel Sturridge was a divisive influence. We were quite angry about it at the time.

Last week, Micah Richards – who is close to the former Liverpool striker – gave an impassioned defence of the man he knew to be far less damaging in dressing-rooms than Talk Sport’s opinionator would have you believe. But the former Manchester City defender added a caveat when discussing the perennial injuries that have been used as a cudgel to question Sturridge’s character.

“I guess the difference between him and me was that, whereas I would run through brick walls just to get on the pitch, even if I was 50% fit. He wouldn’t do that unless he felt he was ready to do himself justice.”

It was a diplomatic answer, hovering between empathy for the individual and knowledge of what is required by the collective.

Richards himself had to retire at 31 having literally given everything his body could reasonably take. But while the Sky pundit came from the Vincent Kompany school threshold of pain, he said of Sturridge: “Just because he doesn’t want to throw himself into tackles like I did does not mean his mentality is the wrong one.”

One random incident that sticks in the mind for no good reason was Sturridge turning away from the ball in his own box against Tottenham at Wembley; self-preservation was more important than getting smashed by Erik Lamela’s shot. Not everyone is comfortable fighting in the front line with bodies and limbs in the mixer.

Within a month or so of walking into Melwood, Klopp was already finding out more about the Sturridge enigma – a car that could overtake on the inside but then blow a tyre when the ground got a little rough. The German mused: “His (Daniel’s) body has to learn to adapt to new intensities of training and in this time you have to learn what is serious pain and what is only pain.” It sounded like something straight out of the Jose Mourinho playbook.

The Portuguese had a team of warriors at Chelsea in his first gig at Stamford Bridge. At Milan, he would call players like Amantino Mancini into the office for a trifling thing on the training pitch and say: “What is happening Amantino? You don’t feel well?”

As soon as he tried to apply the same mentality to Manchester United, those not prepared to suffer for the cause were hung out on the media clothes peg. No doubt calculating the value of such a public pronouncement, Mourinho knew who wore the rhino armour plates and those that would balk at his call for A-team machismo: “There is a difference between the brave, who want to be there at any cost, and the ones for whom a little pain can make a difference. For the team you have to do anything, that is my way of seeing [things].”

In contrast, Klopp’s genuine appreciation of how Adam Lallana carried himself on and off the pitch meant his exit was handled with grace and professionalism. No rancour. No bitterness. Lallana missed games through injury but he was never treated with the same suspicion as others thanks to the protection of his manager.

Take Harry Kewell, who was scalded by his own fans for having the temerity to come off with a snapped groin 23 minutes into the Champions League final against AC Milan. “Everybody thought I had thrown it in and I could not believe the reaction from some people,” he said. “Even before the story was out properly they had diagnosed me and decided I had quit.” It goes with the territory of having 14 operations.

Then comes the pile-on. Raggedy rags like the Daily Mail shoot out ‘Kewell costs Liverpool 160k a game’ headlines when the Australian’s playing time had been reduced to the occasional turnout. When injury continues to decimate and dominate every potential return, then even a manager like Rafa Benitez is pushed to the cut-off point: “Could be two weeks or it could be two months, you never know with Harry.” As a throwaway line, that is a death knell. Loyalty can only stretch so far.

The question remains how modern footballers can be persuaded to explore their own physical limits in extremis. Some will push on more than others. It’s human nature.

Owen Hargreaves’ reputation before Manchester United was magnificent, if largely ‘unseen’ for an Englishman abroad in the years of the golden generation. Four years of faulty knee parts later, Sir Alex Ferguson accused the former Bayern midfielder of not having “nearly enough determination” and that he always opted “for the easy choice” during training sessions. After leaving Old Trafford, Hargreaves was reduced to selling his services to prospective employers on a YouTube treadmill video. And Arjen Robben once said of Jose: “He doesn’t like players who have injuries.”

For all the old-school talk of football going soft in the 21st century, there is still widespread suspicion and even antipathy for a player with a low pain threshold and brittle bones. Just ask Jack Wilshere.