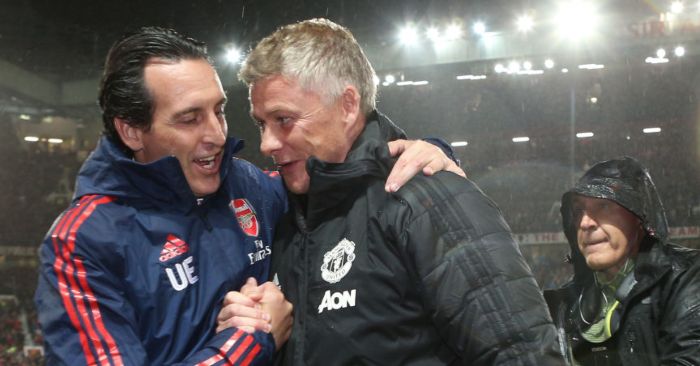 Blind Alli
Top, top marks to Stuart Brennan over at the Manchester Evening News for his laboured defence of Pep Guardiola’s treatment of Phil Foden.

‘Why Dele Alli is proof that Man City have got it right with Phil Foden’ declares the headline, boldly.

Fine, you have our attention…

‘Phil Foden is set to make his 17th start for Manchester City in the Carabao Cup tie with Southampton tomorrow night.

‘For some, that is not nearly enough, whether it be impatient Blues fans ready to laud one of their own, England supporters who want him fast-tracked, or pundits who are always in a hurry.

‘And yet, a glance at Tottenham’s fumbling attempts to match Liverpool’s tempo and tenacity at Anfield on Sunday afternoon should have served as a reminder – not that Pep Guardiola needed one – that haste is rarely a virtue.’

The first issue to take is probably with any attempt to compare Tottenham and Manchester City, but we’ll move on.

‘We saw Dele Alli, who was being touted as the next England superstar just four years ago, cutting an ineffectual and slightly lost figure as the game progressed around him.

‘It was not just that game, but others this season in which Alli’s undoubted talent appears to have evaporated.

‘No-one is suggesting Alli is washed up at the age of 23, but he seems to be a classic example of a player pushed too far, too quickly, before hitting a barrier – mental rather than physical.’

Nobody apart from you, Stuart; ‘evaporated’ is quite a strong term.

It’s just a really strange comparison to draw, another case of the local media’s growing desperation to make any and every situation about their club, and another example of the MEN’s particular sensitivity to criticism surrounding Guardiola’s handling of Foden.

Alli is clearly struggling for form and has looked particularly sluggish after his most recent injury, but to contort that into a justification for Foden being imprisoned on the substitutes’ bench is a stretch.

Cunning plan
Not to be outdone, on the other side of town (the paper) Dominic Booth is pumping lukewarm United propaganda into the ether.

‘Manchester United have a plan that’s helping them overtake Arsenal’

Do they now? They’re 7th and Arsenal are 5th, so it’s not exactly working…

‘You only had to watch Arsenal’s capitulation to Palace on Sunday (albeit, slightly helped by VAR) to see a club in as much – if not more – turmoil than United, sitting three points better off.

‘Because for all Ole Gunnar Solskjaer’s struggles at the end of last season and the start of this, the Norwegian at least seems to have a plan. A transfer policy that is yielding results. A board willing to show patience and players who buy into the philosophy.

‘It’s difficult to discern a binding philosophy looking from the outside at Emery’s Arsenal and hence the Spaniard has lost some support amid the Gunners’ fanbase. They are suffering from a post Arsene Wenger identity crisis in a same fashion to United after Sir Alex Ferguson’s retirement.

‘United’s results have been mediocre, though there’s the sense that the tide is turning again in Solskjaer’s favour after an excellent week.’

And despite all of that, they’re still above you in the table. Madness.

Are the MEN getting a little bit carried away after beating Norwich and Somebody In The Europa League? And also, is the secret ‘plan’ just to…have a plan?

On that note…
This might actually be one of the first instances of a local paper trying to keyword a club back to greatness.

‘Manchester United have found a partnership key to their success’

All were published on October 28, before the 29th’s glorious ‘plan’ was unveiled.

Think it through, Martin
Martin Keown has been using his 100-word Daily Mail column to weigh in on the Granit Xhaka situation over at Arsenal. The results are as comprehensive and thoughtful as you might expect.

‘Emery is as much to blame as anyone. If you let the players pick their skipper, then it becomes a popularity contest and that is not what leadership is about.

‘I’ve never had a manager who decided the captaincy that way and, for me, Pierre-Emerick Aubameyang is still the safer bet.’

The safer bet? Not if you remember the circumstances that surrounded his departure from Borussia Dortmund, Martin.

That would be the same Pierre-Emerick Aubameyang who was speaking publicly about his desire to leave the club 18 months before he departed. And who then became increasingly petulant when he didn’t get his way.

And, actually, who can still occasionally be found bickering with Dortmund’s CEO on social media.

Aubameyang may be a wonderful player, surely even Unai Emery’s best, but it would be naïve to insist that he wouldn’t repeat the same pattern of behaviour if and when he gets tired of playing for this also-ran Arsenal side.

Race to the bottom, part 13460504
From The Sun‘s report of an Arsenal supporter being pictured wearing a dressing gown at Sunday’s game with Crystal Palace.

‘The description on the official online Arsenal store says it is made of 100 per cent polyester, complete with woven club badge and waist corn, and comes in three sizes.

‘It adds: “This supersoft Arsenal Unisex Fleece Dressing Gown is perfect for those cold mornings to keep you warm and cosy.”

‘It is unknown if the supporter was also wearing some of the other ‘popular buys’ from the Arsenal website, including the woven boxer shorts, the cannon socks or the £30 reversible leather belt.’

Do make sure to let us know when you have more though, yeah?

The Athletic headline of the day
‘At the gym with Tony Daley: ‘I can’t turn someone into Schwarzenegger but I can help them to be happier”

But why are you at the gym with Tony Daley?