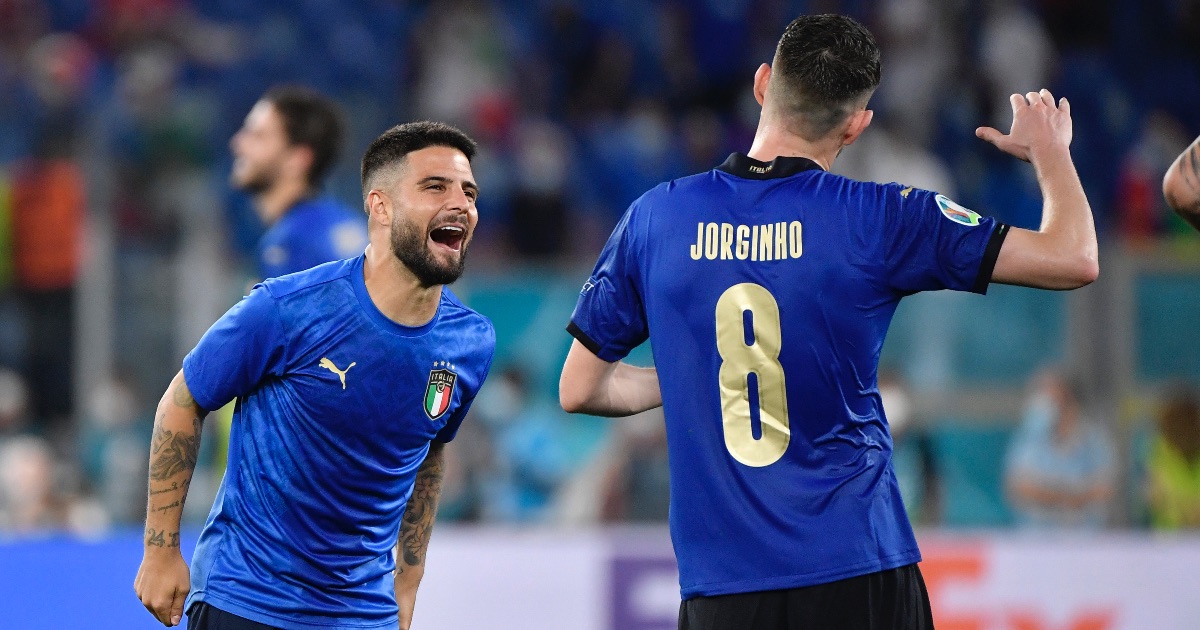 Jorginho won the Champions League with the Blues last term and has been in fine form at the base of Italy’s midfield at Euro 2020.

The midfielder spent four years alongside Insigne at Napoli before completing a £50million move to Stamford Bridge.

READ MORE: One former player perfect for each Euros last-16 side

Many have called for fellow Chelsea midfielder N’Golo Kante to be considered for the Ballon d’Or, but Insigne believes Jorginho also warrants recognition for his perfomances in the last year.

“We have quality players. You talked about Jorginho and it’s correct,” Insigne said in response to a question about whether Jorginho would deserve the Ballon D’or.

“He had spent some fantastic years at Chelsea and I am proud to have him in our team.

“I’m not the one deciding if he deserves the Ballon d’Or, but I hope he’ll be shortlisted, he deserves so, he is a great player. I call him the professor and we are all happy to play with him.”

Insigne has been a key part of Roberto Mancini’s Italian side at Euro 2020, scoring once and helping secure nine points from nine to top Group A.

Italy face Austria in the last 16 and the forward insists they will be well prepared for the challenge.

“We watched some of Austria’s games, they run and they are very aggressive as they always want to recover the ball quickly. We must study them, but most importantly, we must focus on ourselves,” Insigne said.

“We want to play a great game and win, the most important thing is to win the game, even if I don’t score.

“We are aware that an episode can change the game. We are serene and the younger ones have proved to be ready. Players like Berardi, Locatelli and Barella have never played in these competitions, but they were decisive against Turkey and they helped us to achieve our goal.”

Insigne is playing the European Championships for the second time in his career. The first time he played this competition was four years ago when Antonio Conte was in charge of the Azzurri.

“I was younger during the other competitions, but in the past, Italy played with a different system, so I had to adapt,” the 30-year-old said.

“I’ve always thanked Conte and Prandelli for bringing me to the World Cup and the Euros, but now I have more chances with Mancini. This system is suitable for my characteristics and those of all the other players.

“I have a big responsibility wearing the No.10 shirt, but I don’t want to put pressure on my shoulders. I always try to be light-hearted. The coach gives me many suggestions, he was a footballer, so he has a lot to teach us.

“The youths are giving us their enthusiasm. This is the first time I play an international competition as a protagonist and I am proud of it. I am living a fairytale and I am going beyond my limits to repay the coach’s and the team’s trust.”