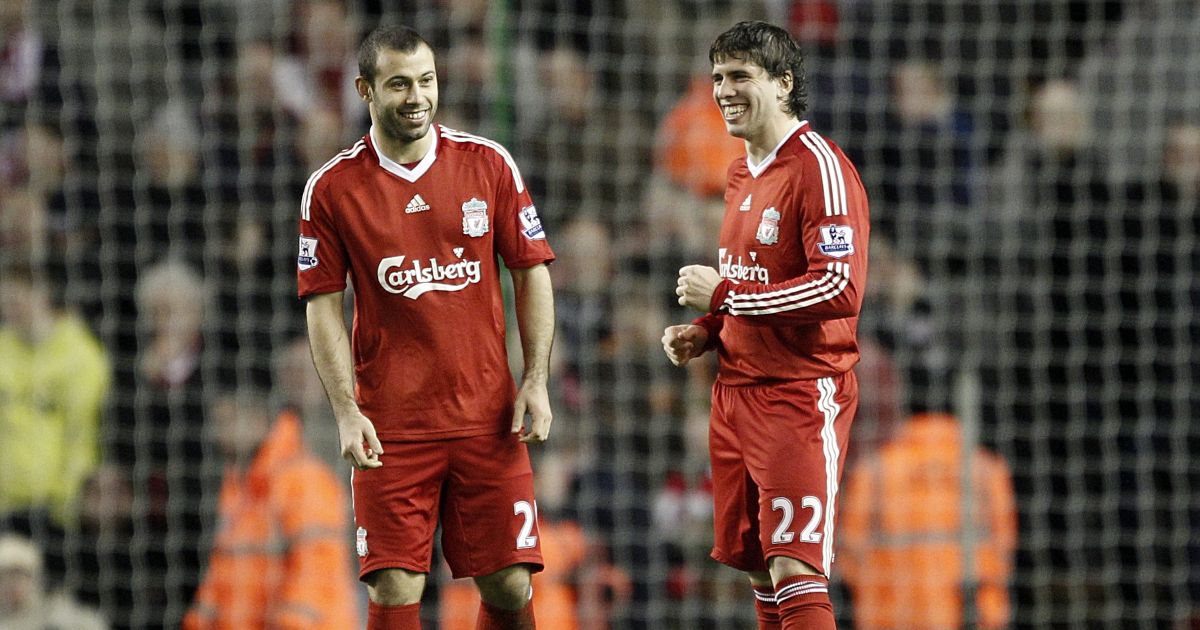 Emiliano Insua has described his time at Premier League side Liverpool as “beautiful” and has appreciated it more in recent years.

The 32-year-old is still playing for an Argentine side called Aldosivi after leaving Major League Soccer outfit LA Galaxy earlier this year.

His career at Liverpool lasted three and a half years in which he only made 62 appearances in all competitions before leaving for Portuguese side Sporting Lisbon in 2011.

Liverpool face Atletico Madrid on Tuesday evening and, because Insua played for both clubs, Spanish newspaper Mundo Deportivo (via Sport Witness) asked left-back about his time at Anfield.

Insua said: “At that moment you do not realise what you are experiencing. You thought that what happened was something normal, that it happened to everyone, but over the years you realise that it is not, and that is when you begin to appreciate how important it was, the experience that I had to live.

“Those were three and a half beautiful years, I really enjoyed them. There a beautiful career began to take shape.”

Fernando Torres scored 81 goals in 142 appearances in all competitions for Liverpool and he too played for both Atletico and the Reds.

Insua was asked about the Spaniard and what it was like playing with such an amazing goalscorer. He added: “We were together for three years. Seeing him and enjoying him on the pitch was beautiful. I agree with you, I think they were the best years of him as a footballer. He reached a very high level and Rafa Benitez made him explode.

“Then the English league strengthened him and gave him the best qualities, strength, speed, power. He adapted very quickly, it was a pleasure to play with him, he gave you all the solutions, he scored goals, held the ball, drew fouls. Both he and Gerrard were awesome.”

Meanwhile Mo Salah put in another top performance against Watford and Liverpool boss Jurgen Klopp thinks there is still a lot more to come from the Egyptian.

“I think he has been on that level for a while. Of course he improves and he’s at an age where he can still improve.

“You saw the first goal that he set up for Sadio, that was an outstanding pass, he brought that from the summer.

“He’s doing these kind of things in training as well, our little problem is we don’t have much time for training so usually we recover when we don’t play.

“That means we don’t see him that often in training because we just don’t have time for it. But the boys improve their game by themselves.”