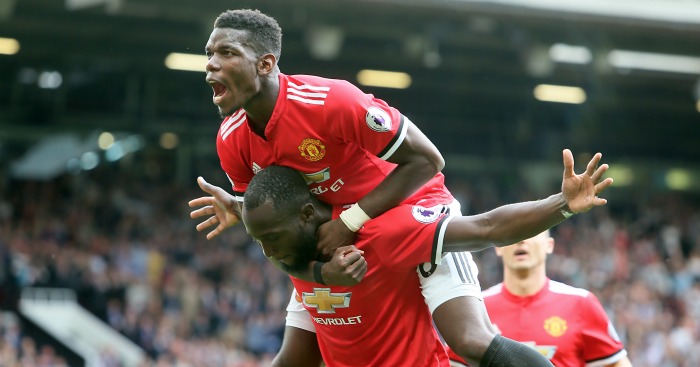 The very first time West Ham completely lost their shape and dared to dream of something other than containment, Manchester United switched from slow and technical to fast and dynamic. For a split second and for possibly the first time in the match, every Hammer was in the opposition half; seconds later the ball was in their net.

This was why Manchester United bought Nemanja Matic; this is why Manchester United bought Romelu Lukaku. It was the Serb who dispossessed the ponderous Pedro Obiang and the Belgian who emphatically finished after Marcus Rashford had carried the ball forward with direct pace. That Matic was alongside Rashford as he played the ball through to Lukaku tells you that this United side will attack with pace and in numbers.

Could Mourinho choose another goal to make it 2-0, he would surely have chosen a towering header. As our Peter Goldstein noted before the start of the season on Manchester United’s lack of set-piece goals: ‘Last year they managed a mere seven, with only Sunderland recording fewer. Chelsea led the league with 22. It’s the sort of thing you can coach, if José can be bothered.’ Or it’s the sort of thing you can buy for £75m.

Jose Mourinho said in the build-up to this game that he was “on fire” and his confidence blazed in some potentially unpopular decisions – dropping fan favourite Ander Herrera to get another attacking player on the pitch, ‘doing a Mkhitaryan’ on Victor Lindelof, picking Juan Mata over the resurgent Anthony Martial. But he was fully vindicated as Matic clearly did not need another deep midfielder to hold his hand, the Manchester United defence was not breached and Mata made a number of those achingly clever runs needed against a deep defence.

And then just as you were thinking that this looked an awful lot like one of those just-enough 2-0 wins from Mourinho’s last title win with Chelsea, United made it clear that there was still hay to be made, and perhaps that there would be no over-reliance on goals from one striker this season, with Martial and Pogba making it 3-0 and then 4-0. This was a devastating rout. Most importantly, it looked like bloody good fun. For the first time in years, Manchester United fans might be deserving of envy again.

This was emphatic. This was exhilarating. This was everything a title challenger should be on the opening game of the season. And to think we were excited before…