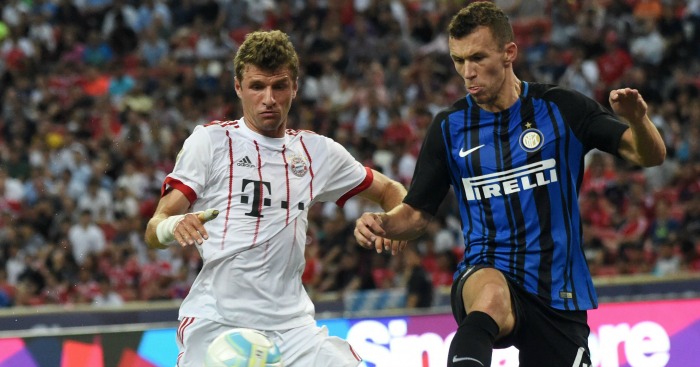 Inter Milan coach Luciano Spalletti has spoken of his reluctance to do business with Manchester United over Ivan Perisic.

United had been chasing Perisic for most of the summer, but it is reported that their attention had switched to Gareth Bale in recent weeks after it seemed the Welshman could be prised away from Real Madrid

But with Bale now understood to be set on staying in Madrid, United have turned their focus back on Perisic as Jose Mourinho targets the reinforcements he feels the Red Devils require.

Inter and United were talking prior to the Italian club leaving for China on their pre-season tour but an agreement over a fee remained elusive. Inter are said to want around £45million for the Croatia winger but as the new season approaches, Spalletti has said he is “strongly opposed” to losing Perisic.

Before Saturday’s friendly win over Chelsea in Singapore, Spalletti told inter.it: “There has been no more significant contact in the last few weeks.

“So for me the conversation is over.

“The more days that go by, the more difficult it becomes for us to replace him and therefore I would strongly oppose his departure.”