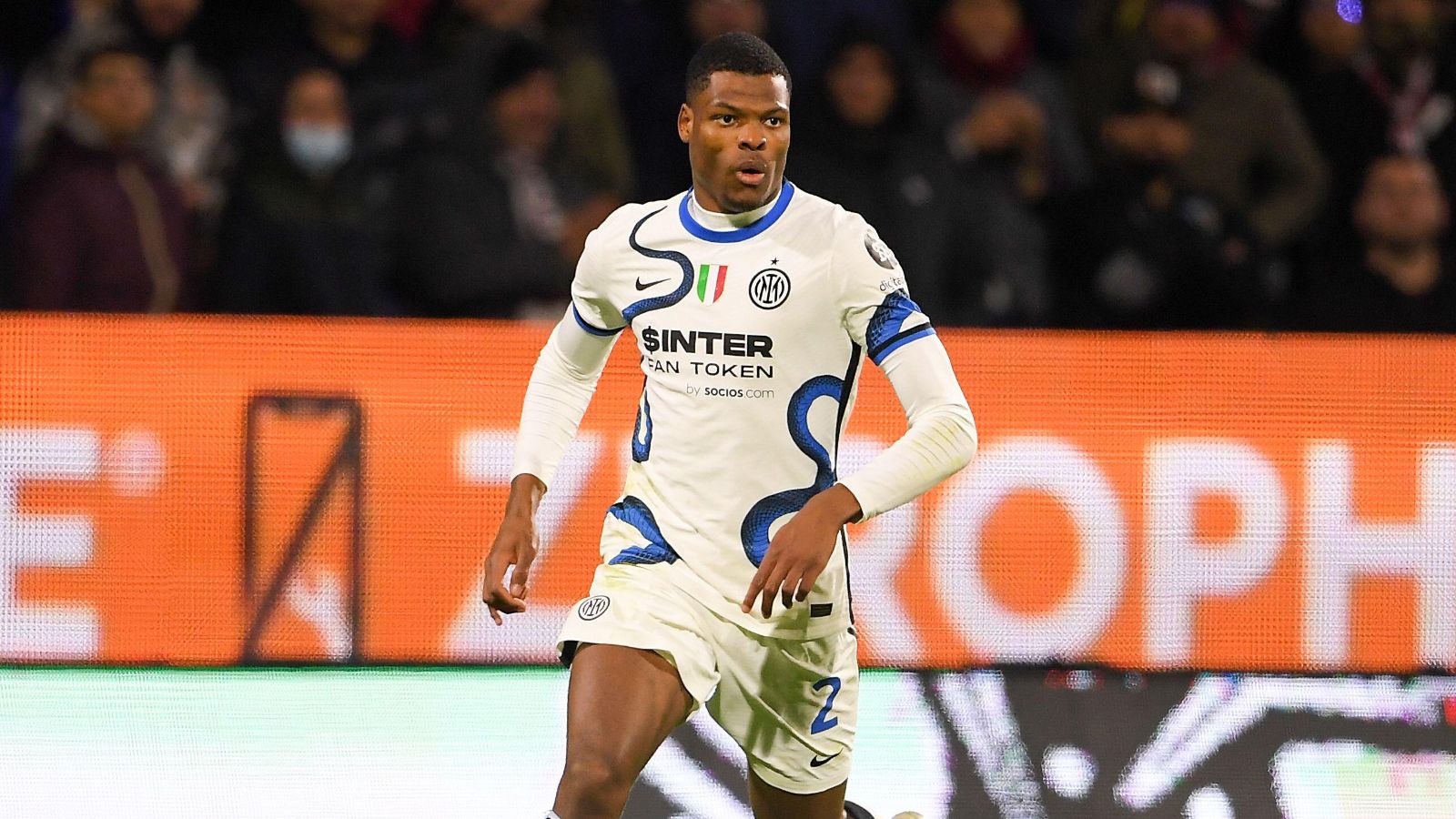 Inter Milan are reportedly ‘convinced’ Chelsea are about to make a bid for wing-back Denzel Dumfries, as talks over a move for another player continue.

A Chelsea move for Dumfries was first mooted as part of the deal that saw Romelu Lukaku move to the San Siro this summer.

Nothing came of that as Lukaku sealed his loan return, but reports suggest there is a good working relationship between the two clubs.

Tuttosport (via Sport Witness) confirm that Dumfries was brought up in the Lukaku negotiations and claim the right wing-back remains on Chelsea’s radar.

The links emerged as Chelsea look to sign competition for Reece James, who is the only recognised right wing-back in the squad, with club captain Cesar Azpilicueta more of a right-back or right centre-back.

Ruben Loftus-Cheek operated wide of James in the 2-2 draw over Tottenham and thrived in the role, to leave Thomas Tuchel with a decision to make as to whether cover is indeed necessary.

But should the German boss decide to strengthen in that position, Dumfries appears still to be the primary target.

The report claims Inter are ‘convinced’ Chelsea are about to make an attempt to sign the Dutchman.

Chelsea and Inter are already reportedly locked in talks over a move for Cesare Casadei.

Casadei is viewed extremely highly at Inter and speaking about their young midfielder earlier in the summer, Inter’s CEO Beppe Marotta said: “Today he’s a young talent. He still has a long way to go before he can become a top player, but we’re very proud to have him with us.

“He’s training with the first team, he’s proving to be at a very good level.

“Right now I can only talk about him in positive terms as he’s above average for his age, and after that a lot depends on him.

“It will depend how he’s able to map out his future, because apart from the technical qualities, you also have to have the personal ones which are often more important in football.”

The Blues have been linked with him for much of the summer and are said to have had a £6m bid rejected.

They then faced the prospect of missing out on Casadei as Ligue 1 side Nice made a late charge.

But a report on Friday claimed Chelsea remained favourites as the teenager ‘prefers’ a move to Stamford Bridge, and the Blues are now ready to up their offer to £12m.