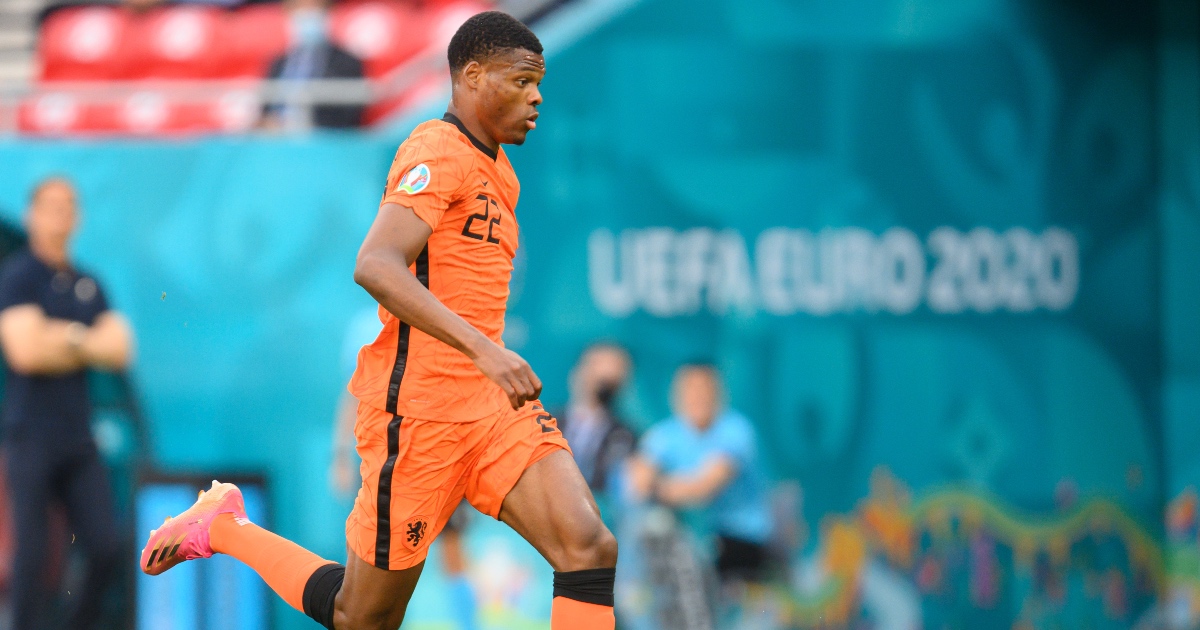 Everton target Denzel Dumfries is the subject of interest from Inter Milan, according to reports in Italy.

The PSV ace was one of Holland’s star performers at Euro 2020 before their surprise defeat to the Czech Republic.

Matthijs De Ligt saw red in the second half, helping Tomas Holes and Patrik Schick to seal a 2-0 victory in the last 16.

Dumfries was a constant threat from right-back and even managed to chip in with two goals in four games.

According to Italian source Calciomercato (via Football Italia), that’s forced Inter to act by opening discussions with the player’s agent over a move.

They’re keen to sort out an initial loan deal with the option to buy after one season.

That would also give them time to assess Dumfries’ potential and suitability in Serie A.

The 25-year-old, capped 23 times by his country, is being targeted to replace Achraf Hakimi.

Hakimi is a long-standing target of Chelsea but will soon complete a move to Paris Saint-Germain.

Dumfries’ frightening pace and effectiveness going forward make him an ideal successor to Hakimi, who registered seven goals during the recent campaign.

The news will come as a major blow to Everton, who have been credited with an interest in Dumfries.

He’s viewed as a potential replacement for Seamus Coleman, who is now 32 and entering the twilight years of his career.

Dumfries would bring plenty of quality to Rafa Benitez’s squad ahead of the new season.

Should Inter get a transfer over the line, then Norwich City starlet Max Aarons could be targeted by the Toffees.

The Englishman has been told he can leave Carrow Road following their promotion to the Premier League.

And it seems £30m should do the trick for Everton.

When asked about selling their star players, Norwich chief Stuart Webber said: “If we do sell one, it’s going to be a club-record deal.