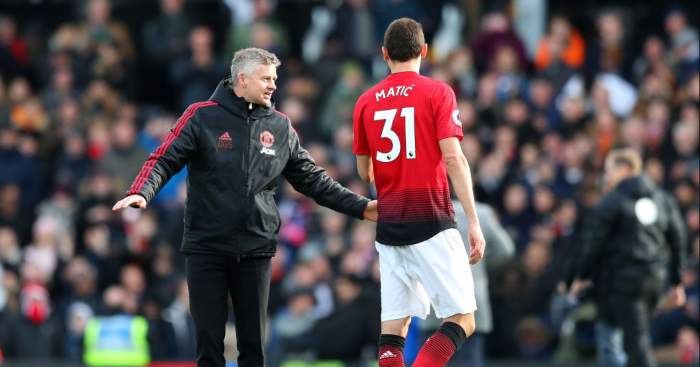 Inter Milan are keeping an eye on Manchester United’s progress as they reportedly target Nemanja Matic.

Matic, who moved to Old Trafford from Chelsea for around £40m in 2017, was a key part of the side under Jose Mourinho but Ole Gunnar Solskjaer has only used the Serbian five times so far this term.

Recent reports indicated that Inter boss Antonio Conte had placed Matic on a four-man shortlist of targets and, as such, Corrierre dello Sport also claimed that United are trying to fend off that interest.

And now another Italian publication, Gazzetta dello Sport (via Sport Witness), says that Italian giants Inter Milan have ‘already made a few enquiries’ ahead of the January transfer window with Matic and Barcelona midfielder Ivan Rakitic in their sights.

The Serie A outfit are ‘following Manchester United’s evolution with interest’ as they monitor Ole Gunnar Solskjaer’s teamsheet hoping that Matic continues to be left out.