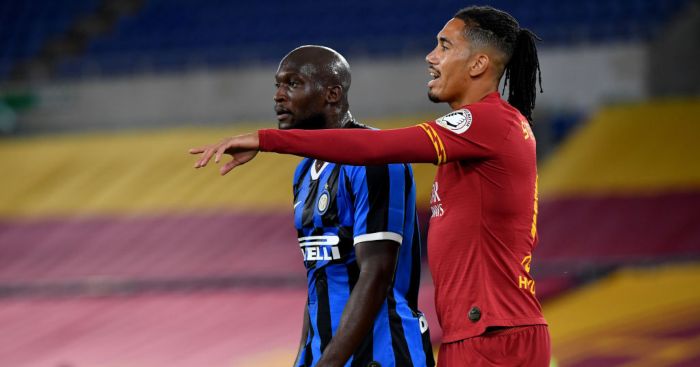 Inter Milan could reportedly offer Ivan Perisic to Man Utd in an effort to complete a deal for Chris Smalling, who would be a potential replacement for Milan Skriniar.

Smalling has returned to Manchester United following a productive loan spell with Roma. However, talks over a permanent move to the Italian capital have stalled.

The English defender is keen to return to Rome, but the two clubs are yet to agree his price tag. And that has forced the Serie A side to look for alternatives.

MAILBOX: Only one person can fix Manchester United now…

And while Smalling is holding out for his preferred option, there are other suitors for his signature who may be better equipped to meet his asking price.

According to FC Inter News, one option for the 30-year-old could be Inter Milan. Antonio Conte is well aware of the player’s ability from last season.

In order to win the race for Smalling, Inter are reportedly willing to offer Perisic to United.

Perisic is a long-term target at Old Trafford, and like Smalling, has just returned to his parent club after a loan spell abroad – in his case, with Bayern Munich.

There is no space for the Croatian winger in Conte’s plans, though, so they are looking to offload him. And with United in need of a winger, as their pursuit of Jadon Sancho continues, Inter believe they could tempt them by making Perisic available.

Both players possess similar market values of around €15m, as well as having similar wage demands.

The swap between Smalling and Perisic would seemingly work to the benefit of both parties. Each club needs a player of the opposite’s characteristics.

However, FC Inter News add that the deal would only happen if Skriniar leaves Inter.

The Slovakian is no longer the unsellable asset he once was for the Serie A giants. In fact, the report adds that his agent has been in talks with Paris Saint-Germain.

Skriniar has also been linked with a Premier League move. Reports earlier this month suggested Man Utd had asked about him, while Tottenham are also apparently keen.