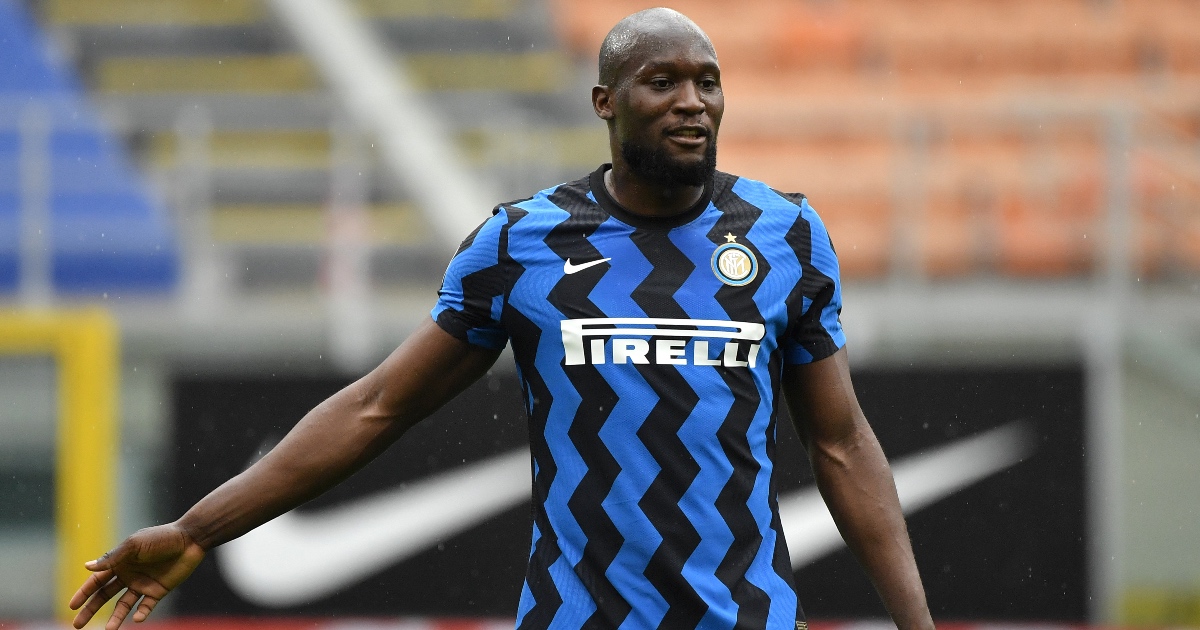 Inter Milan have ‘no intention’ of selling Manchester City target Romelu Lukaku, according to reports.

The prolific striker has been linked with a Premier League return in recent weeks.

City are leading the race for his signature, with former club Chelsea also interested.

According to Italian source Calciomercato (via Goal), Inter Milan will reject any major bids for Lukaku this summer.

They’re expecting to receive offers from City and Chelsea but will not allow the Belgian talisman to return to England.

Inter will gain a huge financial boost of €100million (£86million) if they win the Serie A title.

That means they would be able to keep hold of their prized assets rather than being forced into a sale.

The Nerazzurri, managed by former Chelsea boss Antonio Conte, are in a strong position in the league.

They’re top after 30 matches and are 11 points ahead of second-placed AC Milan.

Reigning champions Juventus are a further point behind, which means their run of nine Serie A titles could finally come to an end.

The news also means Lautaro Martinez will be kept in Italy past this summer.

He’s bagged 17 goals in all competitions this term and is wanted by Barcelona and Manchester United.

But Inter will retain their two best attackers if they secure a long-awaited league title this year.

Lukaku has been viewed by City as a cheaper alternative to Erling Haaland.

The Dortmund star will cost around £150million this year, or £68million next year when his release clause activates.

He’s been advised to leave north London in search of trophies, with Manchester one ideal location.

The result could decide Kane’s future, as a win would see him finally add to his trophy cabinet.

However, City go into the match as big favourites. They’re still on the hunt for the quadruple after an incredible season.

A loss in the cup final may see Kane hand in a transfer request.