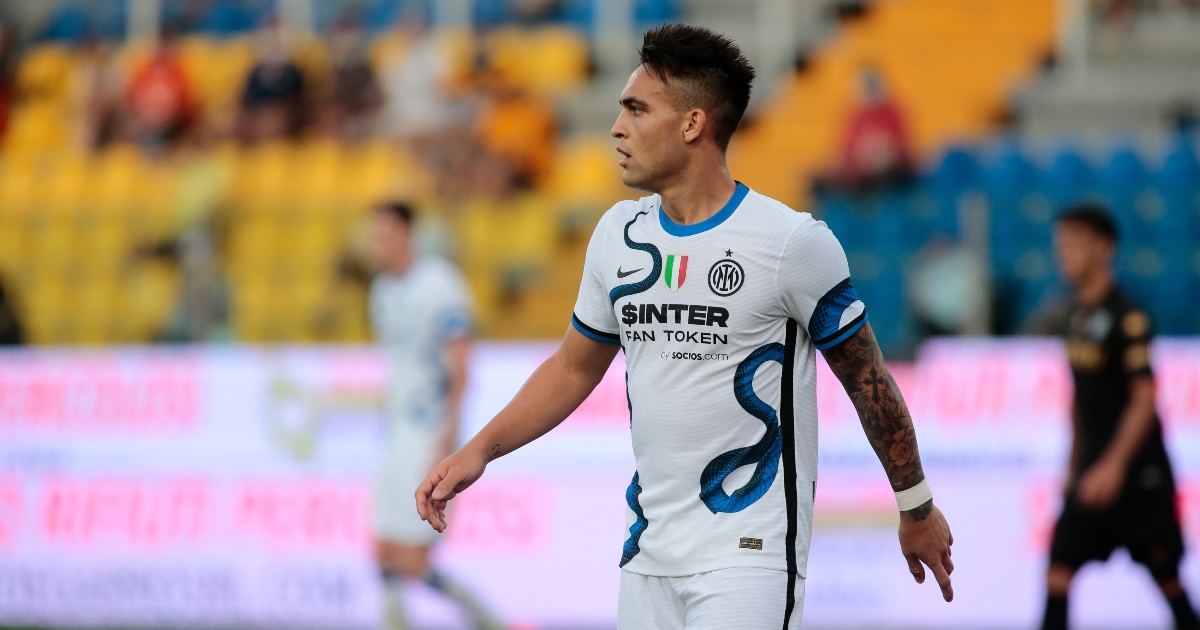 Serie A champions Inter Milan are reportedly hoping to keep Lautaro Martinez, despite interest from Tottenham and Atletico Madrid.

The 23-year-old, who represents Argentina on the international stage, formed a deadly strike partnership with Romelu Lukaku last term.

They managed 41 goals between them as Inter won the title by picking up 91 points.

Lukaku has since joined Chelsea in a £97.5million deal, and it looked as though Martinez could follow him to England.

Earlier this month, reports emerged stating that Tottenham had beaten Arsenal to the signing by agreeing a £60m fee with Inter.

But according to transfer guru Fabrizio Romano, Martinez looks set to stay in Italy.

Tottenham have had a bid worth £77m rejected by Inter, who are now planning to offer the player a new contract.

Tottenham’s offer was matched by Diego Simeone’s Atletico, although that proposal was also knocked back.

Inter officials will meet with Martinez’s agent on Wednesday to discuss a new deal.

Martinez originally emerged as a target for clubs outside of Italy due to his team’s financial situation.

They have been badly hit by the coronavirus pandemic and have had to let a number of star players go to balance the books.

Their debt was the reason for manager Antonio Conte walking out just days after they lifted the league title.

However, Martinez will now stay at the San Siro to help Inter defend their crown.

His new strike partner will be former Manchester City man Edin Dzeko, who was snapped up on a free transfer from Roma.

Tottenham, meanwhile, will now turn their attention to other summer targets.

He is looking to agree a deal before the transfer window shuts on August 31. It could cost the Premier League outfit at least £68m.

Milenkovic is a Serbian defender who can operate at centre-back or right-back. He’s made 134 appearances for Fiorentina since joining from Partizan four years ago.

Vlahovic is his compatriot who came through the same academy in Belgrade.

He is a striker who notched an impressive 21 Serie A goals last term.