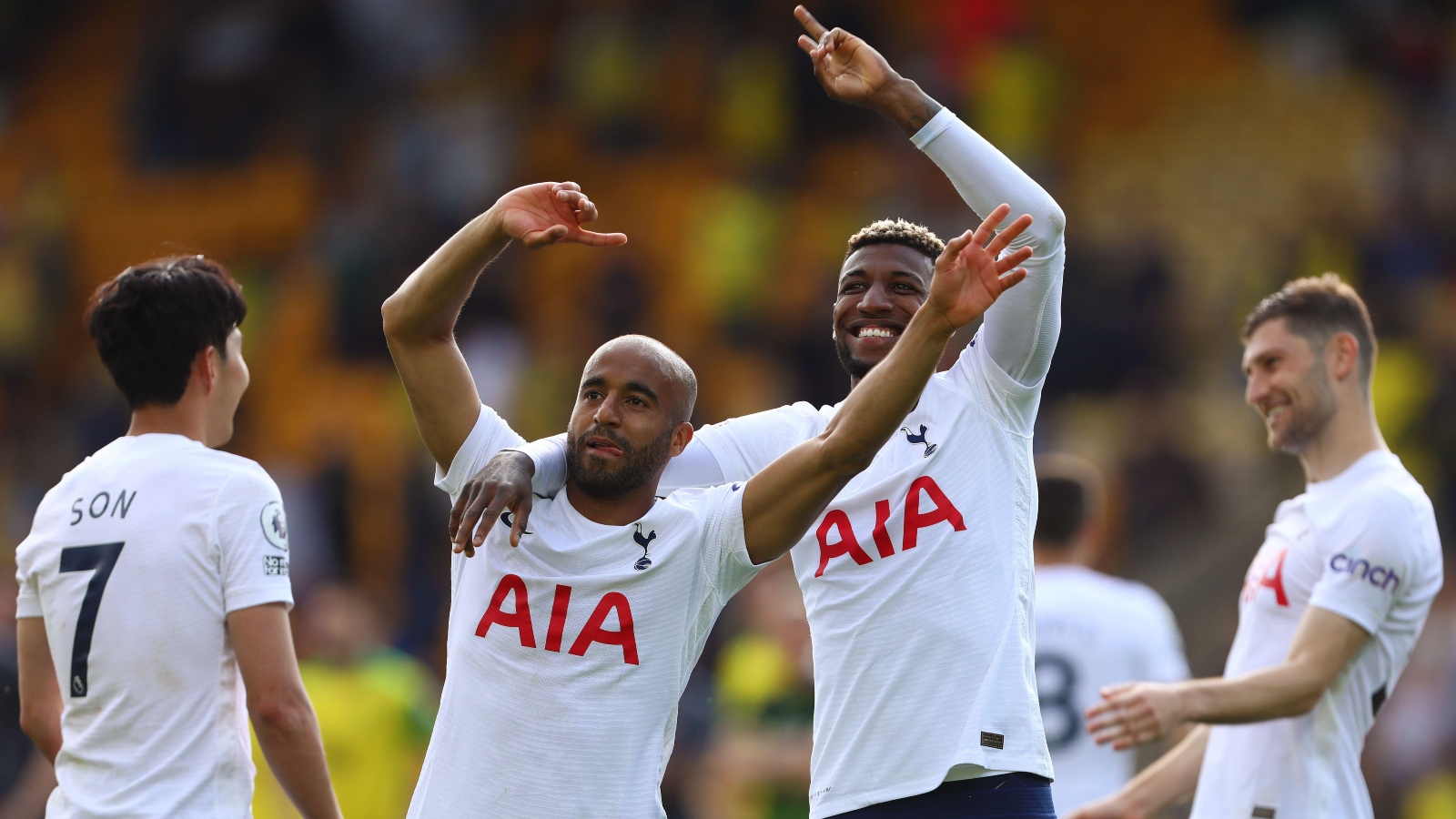 Inter Milan are reportedly interested in Tottenham’s Emerson Royal, but have to sell a player or two before conducting any January business.

Emerson has been exposed defensively several times since moving to England, but Antonio Conte still prefers him to summer signing Djed Spence, so what do I know?

Astoundingly, 19-time Italian champions Inter Milan are interested in signing the Brazilian. This is according to Corriere dello Sport. Long gone are the days of Serie A being known for its defensive mentality.

CalcioMercato.it also reported Inter’s interest, noting that they are in the race alongside another team known for their defensive capabilities, Atletico Madrid. However, Conte has ‘vetoed’ the sale of Royal.

It is also suggested that Conte is ‘in love’ with Inter centre-half Alessandro Bastoni, so could perhaps include Emerson in a deal to sign the big Italian.

Conte and Bastoni obviously worked together during the head coach’s successful stint in charge of the Nerazzurri.

The young defender was linked with a move to the Tottenham Hotspur Stadium last summer, but Conte failed to form a reunion and instead signed Clement Lenglet on loan.

Corriere note that Inter need to sell one of two players before recruiting anyone but will reportedly cash in on Denzel Dumfries, not Bastoni, and replace him with the cheaper Emerson.

The Italian giants had shown an in the Brazilian wing-back in 2021 before losing out to Spurs in the race to sign the £21m man.

Dumfries joined Inter after a terrific Euro 2020 campaign with the Netherlands, but has often been linked with a move away from the club.

Though he hasn’t really been linked with a move to north London – sorry, Pascal Chimbonda – he would be a terrific signing for Spurs, in my most humble opinion.

As well as of those bottlers from the capital, Dumfries has been strongly linked with Chelsea and Manchester United.

He is reportedly valued at around €40million (£34.4m), which is a pretty solid deal all things considered.

But would a Premier League rival be willing to risk losing the opportunity to play against Emerson twice a season? That is the big question here.

Chelsea don’t necessarily need a new right-wing-back with Reece James at the club, but the England international has suffered a serious injury in consecutive seasons and the Blues have not had a replacement at the ready who is nearly at the same ability.

Cesar Azpilicueta is a club legend, but he is not a wing-back nowadays. Ruben Loftus-Cheek has been playing there, which says all you need to know, will all due respect.

Todd Boehly paid over £60m to sign Marc Cucurella with Ben Chilwell already at Stamford Bridge, so £34.4m for Dumfries – who can also play as an out-and-out right-back – is clearly the bargain of the century.

The fact he can operate in a back four is a bonus for United, who are also said to be interested in signing the Dutchman.

Diogo Dalot has become the Red Devils’ first-choice right-back with Aaron Wan-Bissaka picking splinters from the Old Trafford bench out of his backside.

While the Portuguese defender has impressed – this season in particular – he is upgradeable, and Dumfries would probably be an upgrade.

Having said that, the Inter man is not Premier League proven, whereas Dalot has shown he can hold his own in Our League.