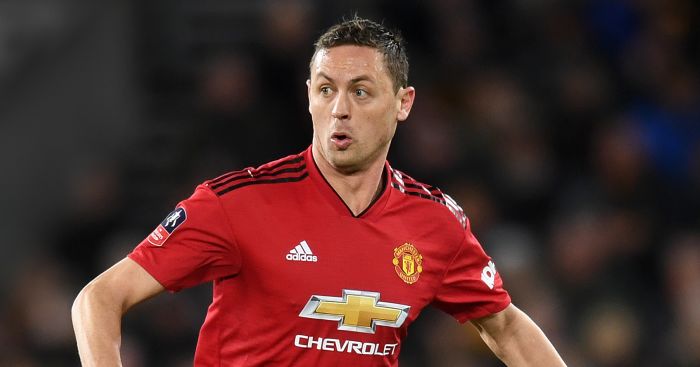 Antonio Conte is lining up a third raid on Manchester United in January after Inter Milan’s board reportedly sanctioned a £22.4m approach for Nemanja Matic.

The Serbia midfielder was one of Jose Mourinho’s most trusted performers at Old Trafford but the former Chelsea man has come off the bench just once in United’s opening four Premier League matches so far.

The 31-year-old appears to have been ousted by Scott McTominay and, having played for just 22 minutes so far, it was reported that Matic is seeking talks with Ole Gunnar Solskjaer over his role this season.

And according to Calciomercato, Inter boss Conte is keen to cash in on the uncertainty around the player and is readying a €25m approach for the midfielder when the transfer window reopens in January.

As per the report, Inter bosses are ready to free up the cash needed for the San Siro outfit to beat a number of fellow suitors to the player’s signature.

The 31-year-old has just nine months remaining on his contract at Old Trafford and, while the club do retain an option to extend it by 12 months, it’s expected the bid will be enough for United to accept.