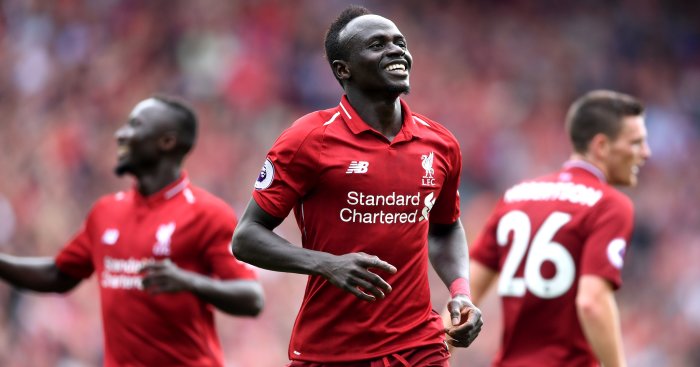 Sadio Mane “would have his place” at Manchester United, Barcelona or Real Madrid, according to the manager of Togo.

Mane is currently sidelined for Liverpool, having suffered a hand injury on international duty with Senegal.

The 26-year-old’s recent form has been questioned, and he has failed to score in his last nine appearances for club and country.

But four goals in the opening four games of the Premier League season supported claims that Real were interested in signing him.

Barcelona have also been tentatively linked before, while Mane himself admitted he rejected a move to United before swapping Southampton for Anfield.

Togo manager Claude Le Roy says the forward would fit in at any of the world’s best clubs. Although quite why he was asked, we do not know.

“He’s a great player,” Le Roy told Stades. “And he’d have his place at Manchester United, at Barcelona, or at Real Madrid.

“It would be a really good thing if I could have him with the [Togo national team],” the legendary coach joked.

“Sadio is an excellent player and I tell you that all of Africa watches him play in the Premier League at the weekend as well as the Champions League.

“However, a club is different to a national team. We often criticise players for not shining so much with the national team, but at the clubs, players know each other.