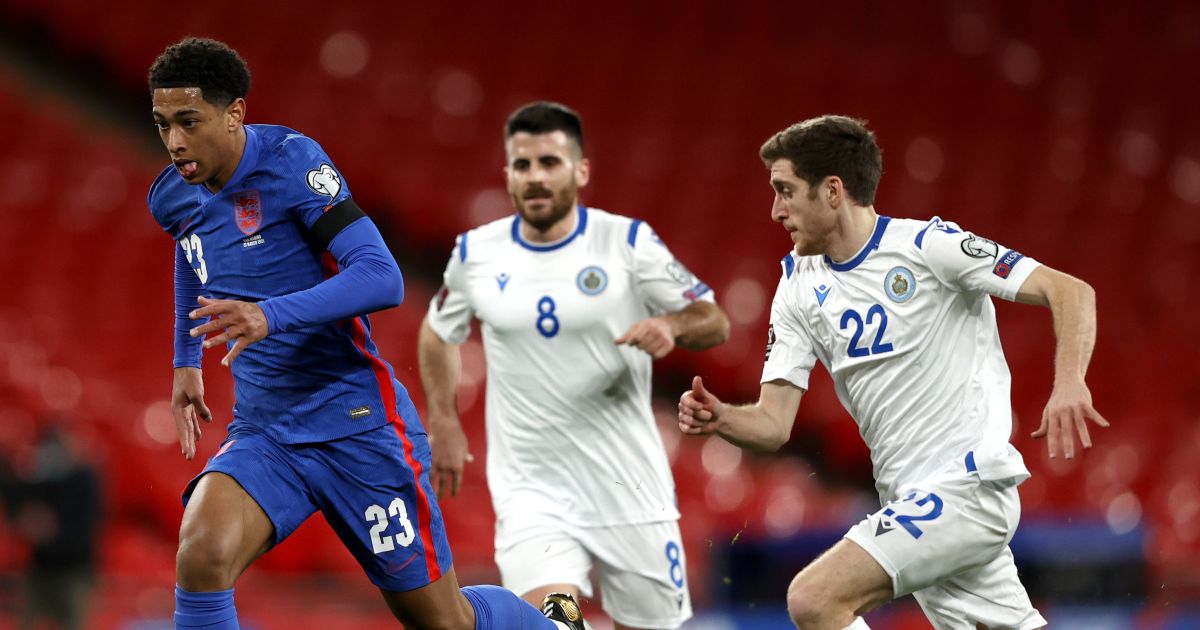 The one-sided nature of England’s 10-0 win in San Marino attracted a lot of negative attention of the ‘this game is a waste of time’ variety. Pundits and press queued up to say that England had little to learn from such games (must we always learn something from every game?) and San Marino were not helped either. Surely there should be some qualifying rounds for the likes of them, Gibraltar, Malta etc.

This sort of attitude is very annoying and not a little patronising. It mistakes international football for club football. International football is a pure form of the game. There are no big wages paid to players. Players only play for one team and can’t transfer to another. No-one can buy their way to the top. It is nation against nation without the financial input from gut-churning immoral owners, at least outside of the egregious autocratic states, some of whom disgracefully own our football clubs, of course.

International football is different. There is no promotion or relegation in qualifying for a World Cup or Euros. It is not comparable to the Premier League or Champions League.

By suggesting that England shouldn’t be playing the likes of San Marino, you are saying it is beneath them. That the golden boots of the rich should not be stained by the blood of the sweaty poor. ‘I’m sorry you’re not good enough to play us’ is a horrible attitude. We should not stand for it.

Despite San Marino getting hammered time after time, they can always field a side. They have not thrown in the towel. And even on Monday, they fought as hard as they could to the end. If they were sick of it, they’d pack it in. But they don’t. It has meaning to them. They might not enjoy getting heavily beaten but they enjoy trying not to get heavily beaten. That’s the point. They take small victories where they can, not usually by scoring goals, but if you nutmeg say, Harry Kane, if you successfully tackle him and come away with the ball, that is a win. Okay he might score four, but you can tell your kids that you tackled a world-famous footballer and won the ball. If you keep a game at 0-0 by half-time, that’s another win. San Marino’s keeper made some good saves. That’s a win. This is not nothing. Only the selfish and privileged, stuffed full of entitlement and snobbery, do not understand this.

If you want to make a difference, don’t get rid of the minnows, get rid of seeding. The way such qualifying groups are created via seeding systems is an institutionalised form of fixing to make sure that the big sides are kept apart. And ensures the smaller teams will always be thrashed.

If there was no seeding and the balls came out as they came, we may get groups of ‘lesser’ sides who can beat each other. The way the seeding system works ensures the worst sides are always the whipping boys. This is not fair. A proper competition should have a random draw at its core. It would create more variety and less predictability.

Football is for everyone at international level. Elitism exists everywhere else, money and all the privilege it buys has arguably ruined the competitiveness of the game at the highest levels; it must not infect the international game too.

There are plenty of examples of small sides that used to get thrashed and have slowly been able to compete to a higher degree, but even so, that’s not the point of international football. It isn’t about getting better or raising standards. It is about playing for your country. End of.

Playing the worst sides is not beneath our precious players, in fact I think they rather enjoy it, if Monday is anything to go by. It shouldn’t be beneath the fans either. The game is already on its knees, supplicating itself to the rich and powerful, fellating evil people for money. International football’s democracy is the last bulwark against that. Let’s not give it away.

If you really think it’s a waste of time, don’t go or just turn off and watch another game. There is no obligation to find any of it interesting. It’s not a movie or any similar entertainment product. You have not been cheated. It is representative football. If you really can’t bear to soil your eyes with it, then plenty of other opportunities to watch football exist, but suggesting that we hive off some of the poorer sides into some sort of low-rent siding away from the prying eyes of the holy, holy top teams is insulting to all involved.

Qualifying for tournaments isn’t a competition like any other, it is something bigger than that. It is representing your own country on an international stage. In a very real way, how good you are matters far less than the fact you are there.

If we push away some sides because we look down our noses at them and snootily deign to call them not good enough to play our golden boys, we make the final fracture in a game already shattered by grotesque financial inequality. International football is the last place it can’t touch, which I assume is why some want that to change. They want their money and power to call the shots, to make the rules and to control and rule over everything, the way it does in all other walks of football and life.

But football is for everyone; if anyone from anywhere can’t play someone from anywhere else, then we will have killed so much of what is truly important about football’s internationalism. We’re all in this together. VIP areas behind the velvet rope for a privileged few may have become the norm in the game, but must never be so internationally.